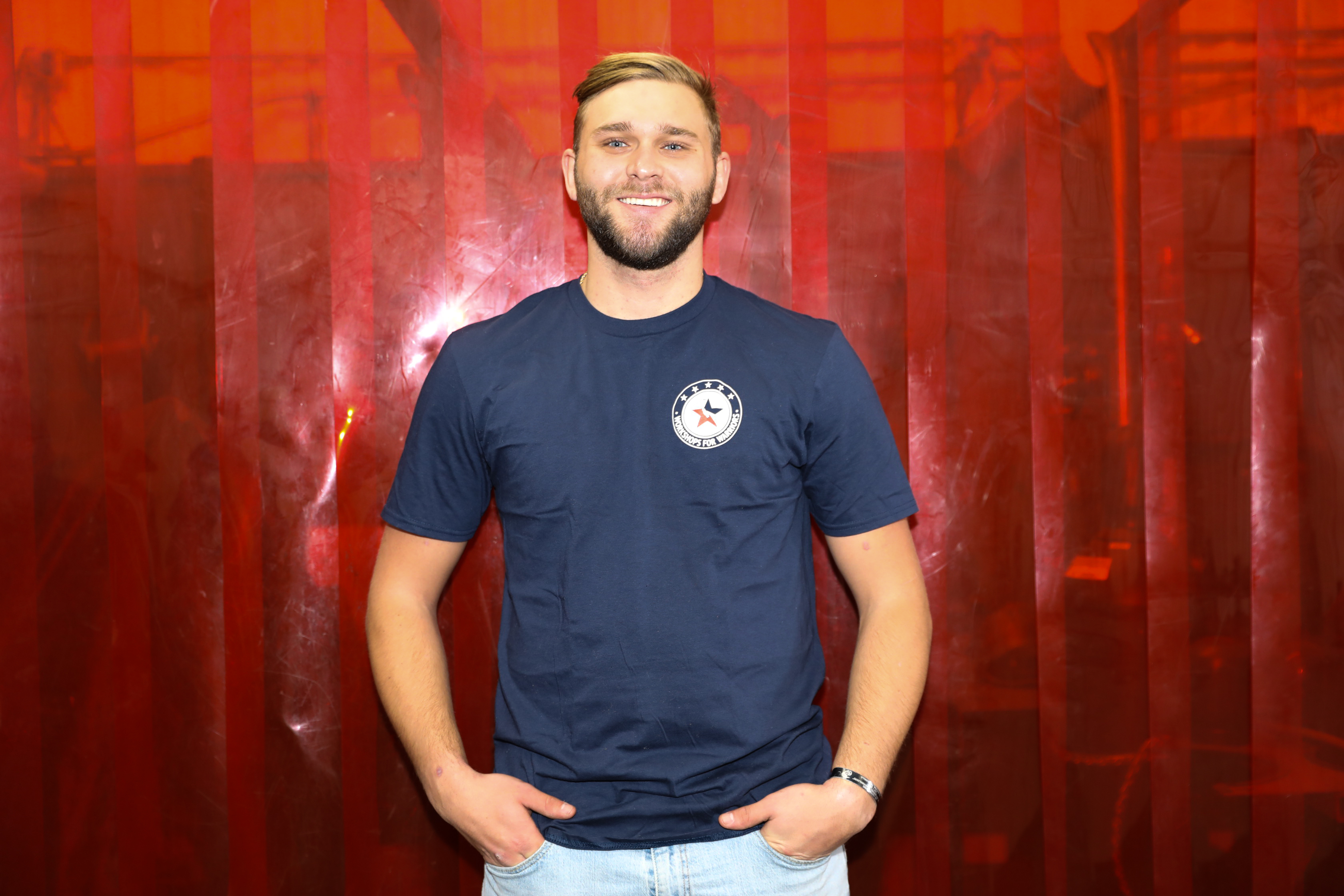 “You still have camaraderie here, like in the military, and you end up being friends with your classmates and getting a great job.”

Jake Trout grew up in Gulf Shores, on the coast of Alabama. He says he, “got the welding bug” in high school and even spent a year welding as a job. “My employer at the time was a Marine. He talked me into joining the Corps, and three weeks later I was in boot camp!”Jake served five honorable years in the Marine Corps working as an Embassy Guard. He spent his final year as a machine gunner at Camp Pendleton.

“At first it was a culture shock. You’re trying to get ready to be a civilian, but you’re still active duty. It’s just a game of, ‘What do I do?’” Jake said when reflecting on the beginning of his semester at WFW. “You still have camaraderie here, like in the military, and you end up being friends with your classmates. I really enjoyed it.”

After graduation, Jake moved back to his hometown in Alabama. “I have three interviews lined up already,” he said.

“Take the leap and go all in,” Jake says to fellow veterans considering enrolling in WFW. If It’s something you want to do, give all your heart to it and Workshops for Warriors will make sure you succeed.”