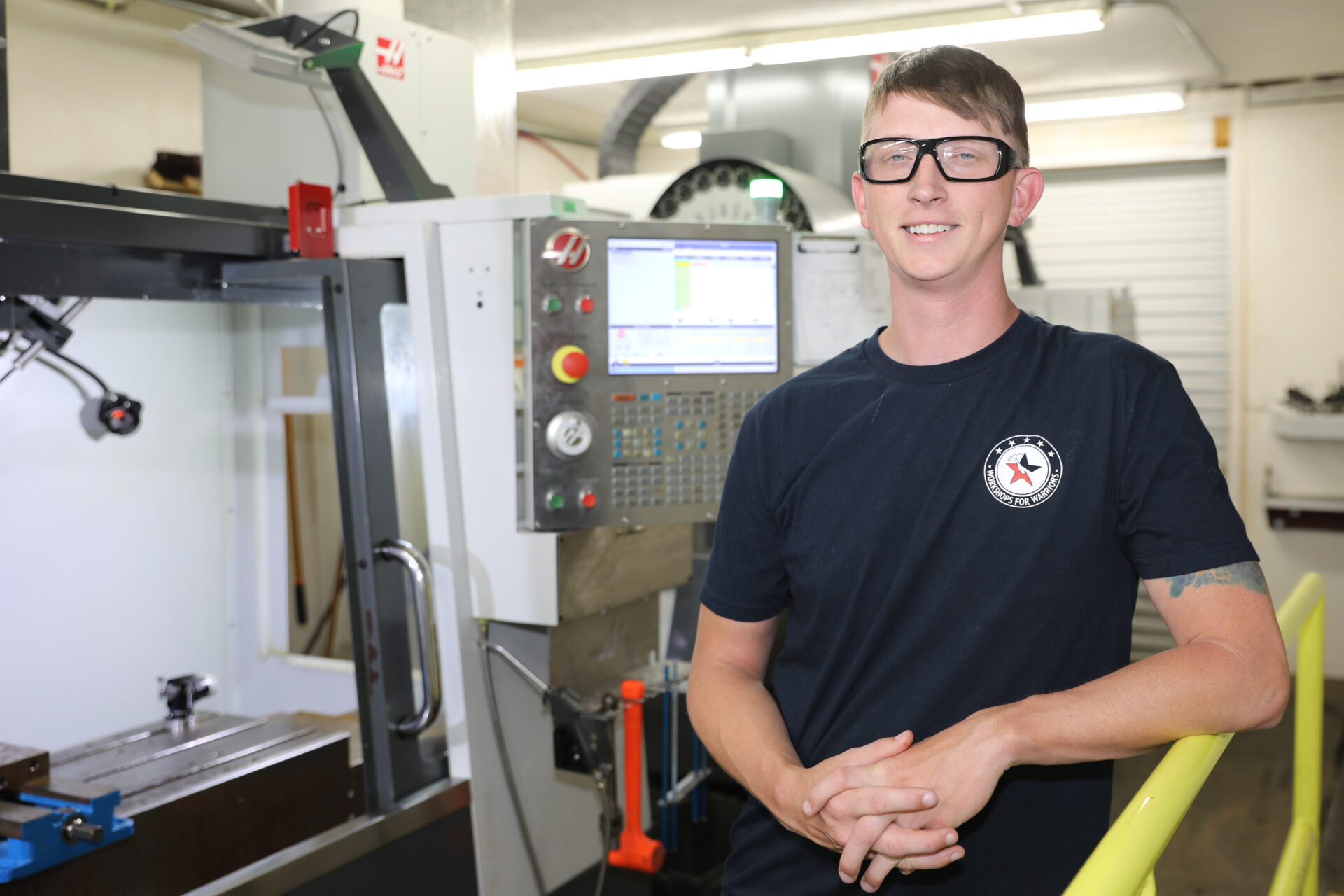 Peter grew up in South Florida and lost his father when he was ten years old. His mother remarried and Peter’s relationship with his Stepfather was not a positive one. It was a rough time in his life. Peter said, “I learned the type of man I wanted to be from having many examples of what not to be.”

He was active in sports but was failing school when he entered high school. He had an epiphany, decided to change his course, and started focusing on his studies and not being second best. By graduation, he had a 3.5 GPA and decided he wanted to become a US Marine. 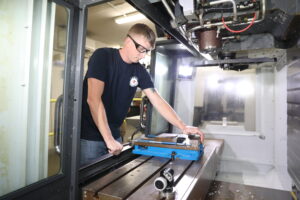 Peter loved the Marine Corps and what it stands for. “It defined and made me. I made thousands of mistakes, but I learned from them and the leaders in the Corps who changed my whole thought process and taught me to be a leader too.” Peter served eight years as a Sergeant in a staff NCO position and then applied to the Workshops for Warriors machining program via the Skillbridge program and word-of-mouth from friends who had already graduated WFW.

He loved being at Workshops for Warriors and received eight job offers at WFW before graduation due to our career fair. “It was amazing to get that type of validation.”

Peter is now a working machinist and married with a six-month-old and says, “I hit the lottery with my wife!” He is proud to be setting an excellent example for his son and thanks the staff at Workshops and specifically instructors Randall Uerkvitz and Rossi Patterson, for their amazing support and for being there for him throughout the program.

Peter’s mother also remarried a Marine, and all is now well for her too.