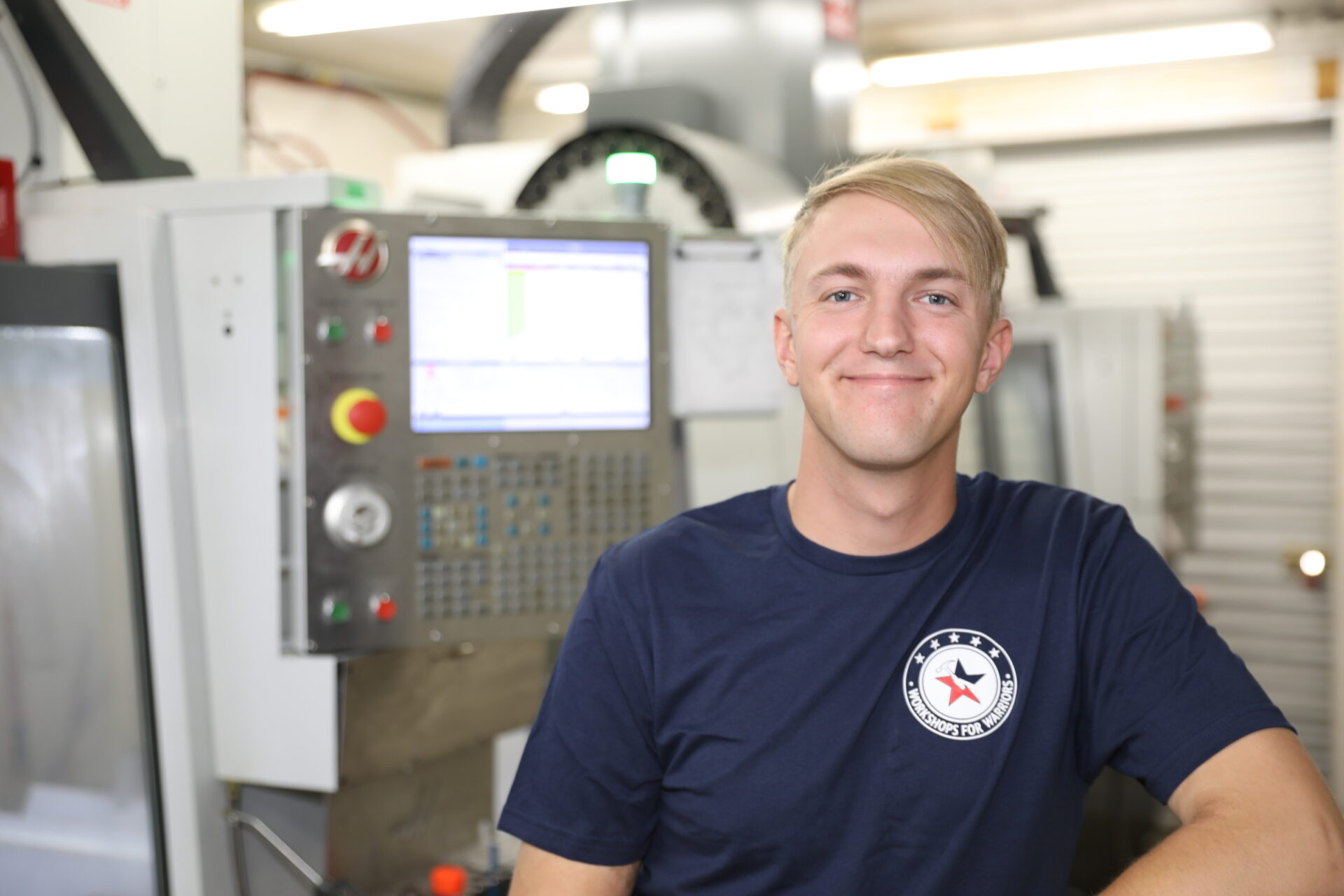 “Workshops for Warriors is what our country needs. Too many jobs are going overseas and we need to rely on ourselves to succeed.”

Growing up, Jacob became a second-generation Eagle Scout and excelled in Robotics in his high school in Pittsburgh, PA. He wanted to perform a service and do something with his life, so he joined the US Marines right out of high school. He was an amphibious assault vehicle crew member.

He always wanted to pursue a career in technology, so when his end-of-service date approached, he began to explore the Skillbridge Website and discovered Workshops for Warriors. 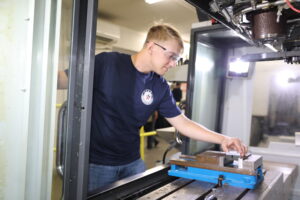 He fell in love with Workshops when he did a tour the next week and entered the HTEC CNC lab. From the first day at WFW, he sat down, did the work, and felt a sense of belonging. He knew machining was what he wanted to do with his life! “If you love what you’re doing, it’s not work. I was immediately happy at Workshops,” said Jacob. “It was amazing to work and learn from people who know what they’re doing and want to imprint that knowledge and expertise on me.”

Jacobs found the instructors incredibly helpful and appreciated their nobody left behind attitude. The Workshops for Warriors instructors realized early on that Jacob had the “right stuff” to join our instructor staff, and he has now joined the WFW team as a machining TA.

He loves what WFW stands for and is excited to have a new sense of purpose and be a part of transforming fellow veterans’ lives.