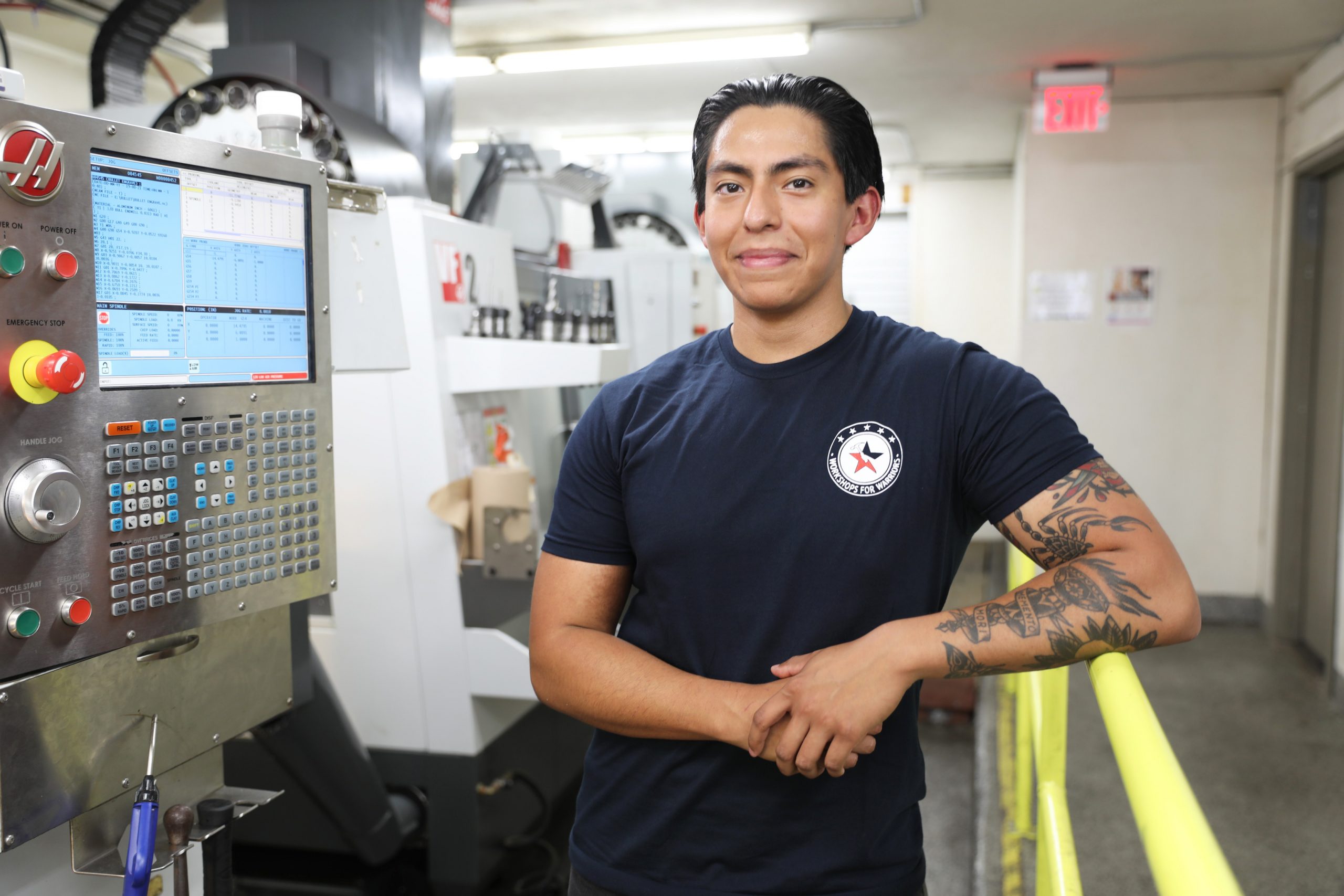 “Being here, challenging yourself again, being with other veterans – it’s just a great experience.”

Miguel Carrillo Meza grew up in the suburbs of Duluth, GA with his parents and two siblings. He joined the Navy after high school, seeing it as an opportunity to leave Georgia while discovering what he wanted to do in life.

While in the Navy, Miguel was a Machinist Mate, and mostly worked on hydraulic equipment. He completed multiple deployments to countries like Japan, Thailand, Australia, and the Philippines before he was deployed to San Diego with the Bonhomme Richard.

After five years of honorable service, Miguel decided to leave the Navy and began his transition to civilian life. “The transition for me was really wild,” Miguel said. “The Bonhomme Richard – the ship I was on – burnt down here in San Diego because of a renovation mishap. Also, because of COVID, we couldn’t have in-person classes to prepare us for getting out. It was all online.” 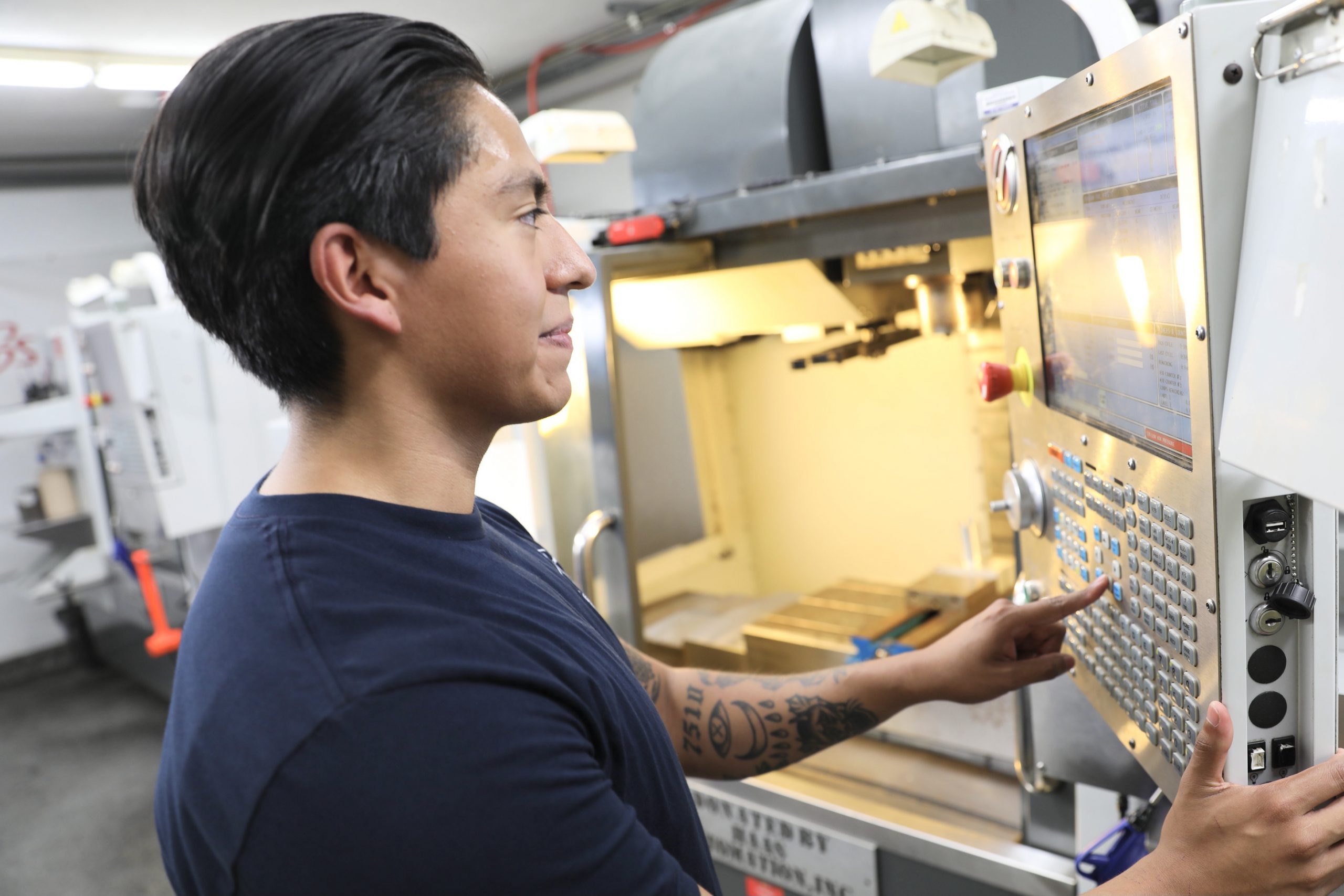 When asked if he knew what he wanted for his future, Miguel said, “I had no clue. I knew I wanted to stay in San Diego, but that meant I’d have to have a job lined up to afford it.”

Before transitioning out, Miguel was stationed at the Naval Base on 32nd Street, across from Workshops for Warriors. “I passed by Workshops for Warriors all the time, so I decided to look it up during my last months in the Navy. I saw that the next semester was starting as soon as I got out,” Miguel said.

Miguel was drawn to Workshops for Warriors’ machining program. “My job in the Navy didn’t have anything to do with machining, despite the name ‘Machinist Mate.’ But a lot of machinists were on my ship and I thought what they did was really cool. I would hang out with them sometimes to see how they did things.” Naturally, Miguel enrolled in WFW’s machining program with the Summer 2021 class.

The machining courses seemed intimidating at first, Miguel admits. “But the way it’s taught here, everything comes together,” he said. “I give one-hundred percent of the credit to the instructors.”

Miguel excelled in his training at WFW, proving his machining and leadership skills. Near the end of the Summer 2021 semester, Workshops for Warriors offered him a position as a Machining Teaching Assistant. He accepted, and begins his new position with the incoming Fall 2021 class.

“They say the best way to learn something is to teach it,” Miguel said. “That’s going to be a big step forward for me in enhancing my knowledge in machining. On top of that, helping other veterans – I never thought I’d be in a position to do that – it’s going to be very cool.”