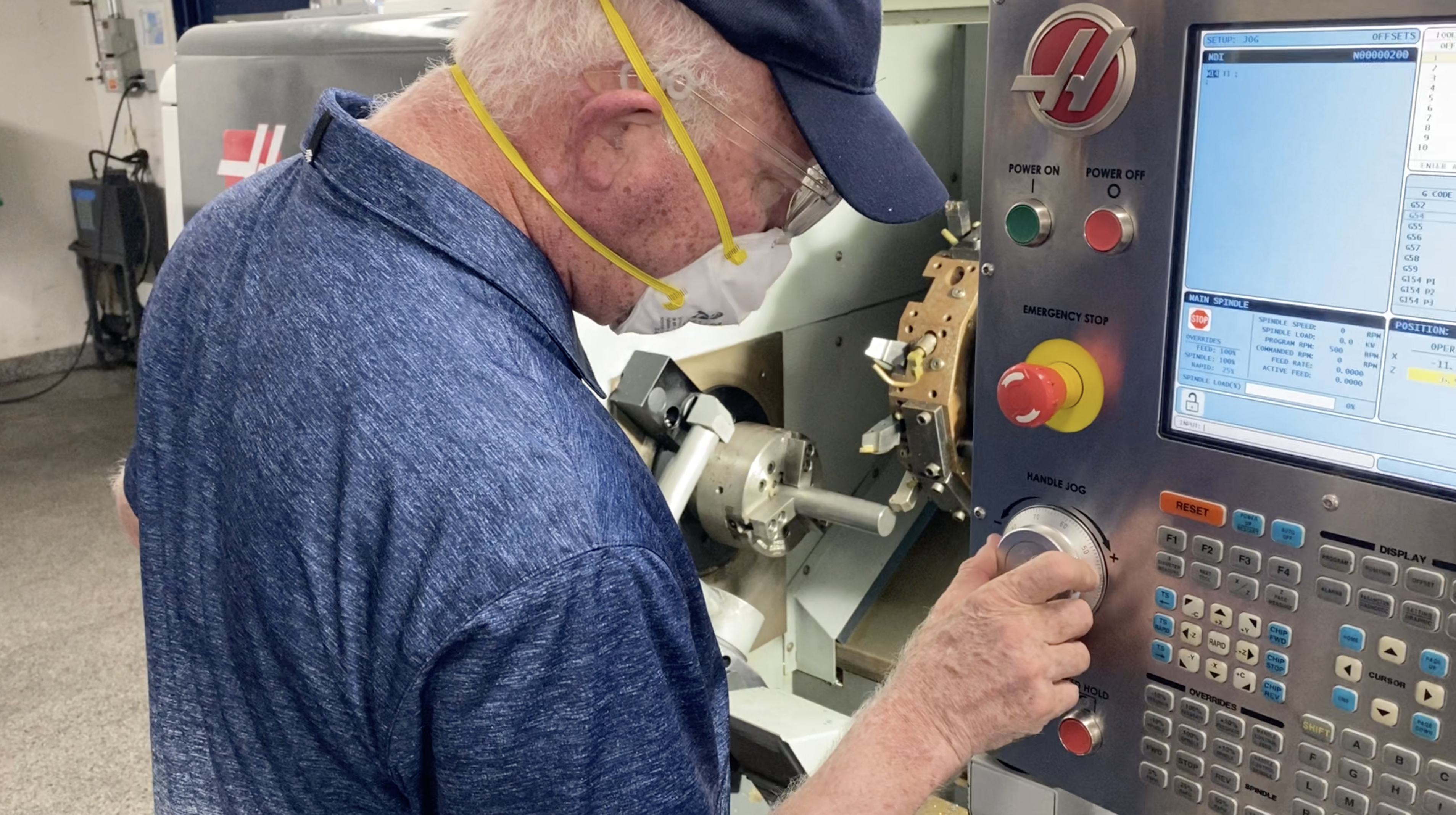 “This is such a beautiful program. It’s intense and you’ll learn a lot.”

Jeffrey Putter grew up in a small town near Newark, New Jersey. His father, Irving Putter, worked as a Senior Director of Research for Merck & Co., a pharmaceutical company in Rahway. In 1949, Irving developed streptomycin, the world’s first anti-tuberculosis antibiotic, and co-patented the commercial preparation of that agent. Both Irving and his wife, a graduate of New York University, encouraged their children to be well-educated like them.

After high school, Jeffrey attended Duke University as a chemistry major. “I was a smart guy,” he said. “I was in the advanced calculus courses, and I won the American Chemical Society Award. But when I recently enrolled in machinist school at Workshops for Warriors (WFW), boy was that an eye-opener, tough but very rewarding!” He previously graduated from Duke, and at age 22, in 1978, Jeffrey joined the Navy and enrolled at the University of Medicine & Dentistry of New Jersey under the auspices of the Navy’s scholarship program. 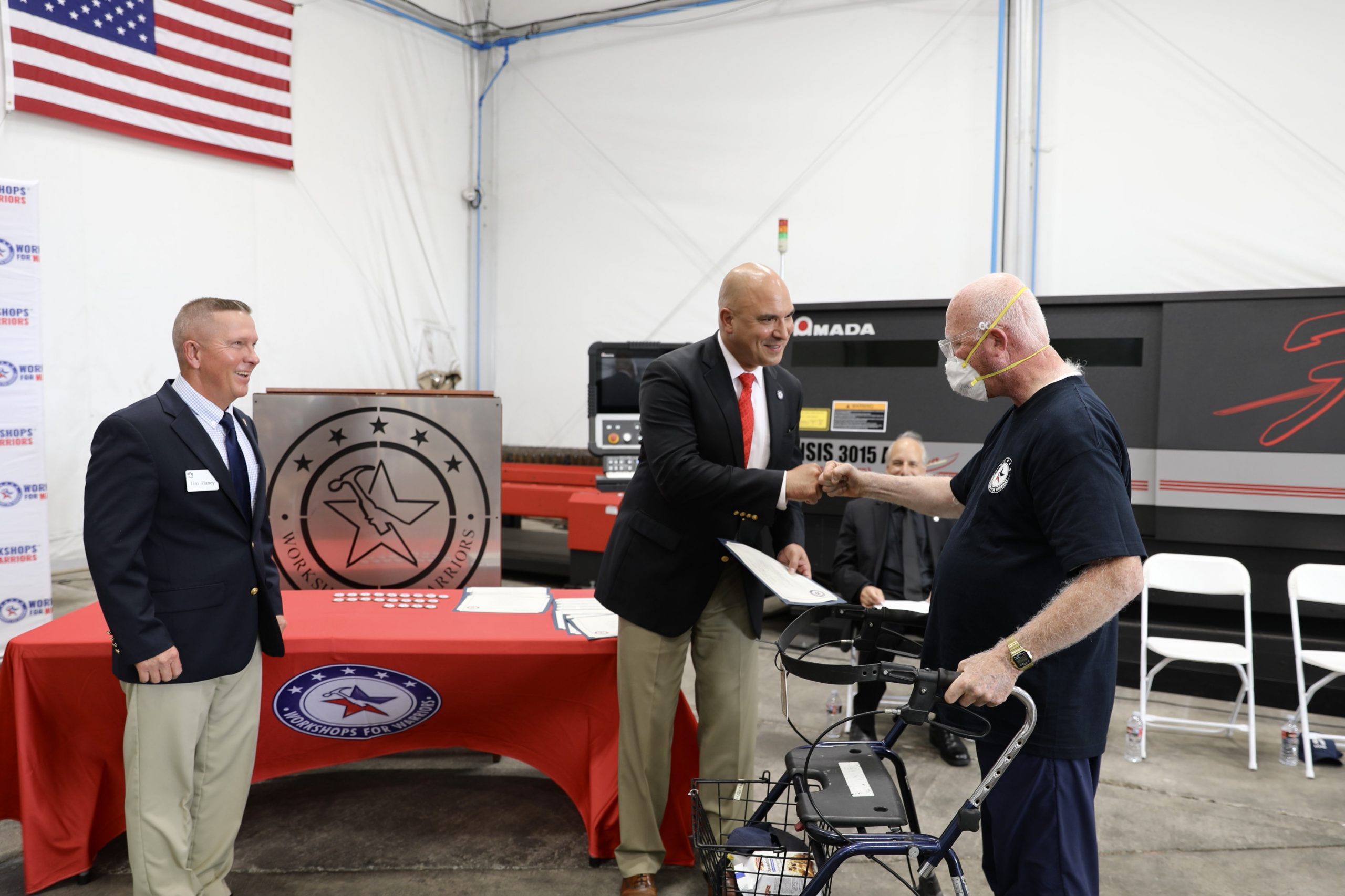 When Jeffrey finished medical school, he became a Naval Lieutenant and served five years at Camp Pendleton. “I took care of the tankers out there. I was also the boxing coach. I just wouldn’t let them hit my head!” He transitioned out of the Navy in 1987 and spent some years engaged in clinical practice and legal medicine pursuits.

Through the middle of his Active Duty service and to the present day, Jeffrey has been living with a rare neurological condition called Chronic Inflammatory Demyelinating Polyneuropathy (CIDP). “It affects all of the peripheral nerves in my body,” he explained. “Unlike most physicians who were going through residencies and the traditional routes, I had to make some significant modifications in lifestyle. The disease changed my perceptions and interactions with the world dramatically.”

For the last several years, Jeffrey has been inventing and developing medical parts that he wants to prototype and machine for blood storage applications. “My father taught me one thing: Sometimes you need to do stuff yourself,” he said. “So, I decided to learn how to do machining.”

Jeffrey’s journey began at a small San Diego machine shop working on older Rockwell and Birmingham milling machines. After being at the shop awhile as an “old school” machinist, in 2021, Jeffrey heard about the Workshops for Warriors’ computerized machining program and called. “I told the person that my goal was to make medical parts for a blood storage device, an invention,” he said. “When I realized how the education could help me, I thought, ‘I can’t turn this opportunity down. This is beautiful.’” He started training with the WFW’s machining program in May 2021.

Despite receiving weekly antibody infusions at the VA as treatment for his CIDP, Jeffrey has not taken one day off. “My kind RNs including Maya and Amanda would put the intravenous lines in for infusion, and I’d hook up my laptop and participate in school remotely,” he said. “Derek and Josh, my great instructors, always knew I was there.”

Jeffrey said he never took WFW’s machining course for granted. Because of his advanced mathematics and chemistry background, he thought, “This machining stuff is going to be easy.” But, he likens his experience at Workshops for Warriors to his challenging time at Duke and medical school. “People consider machining a vocation; I don’t consider it vocational at all,” he said. “It’s as intricate as some of the most complex courses you’ll find in academics, including medicine.”

On August 20, 2021, Jeffrey graduated from Workshops for Warriors with 12 nationally recognized certifications in machining. “As a student, I couldn’t have asked for anything better and was honored to be in the school,” he said. “I especially want to thank my amazing wife Sylvia for her boundless devotion and support of WFW during my schooling.”