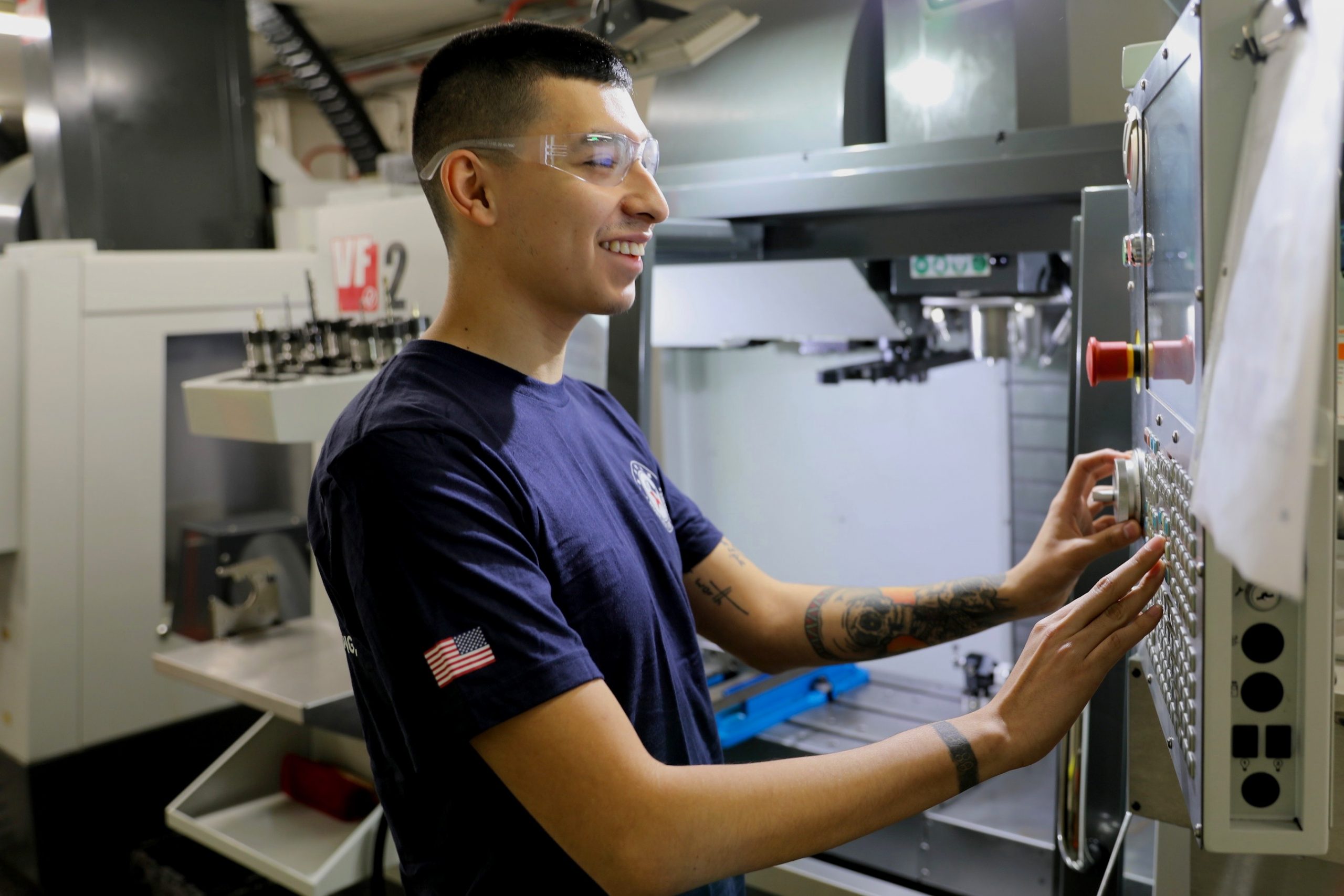 “It doesn’t matter what your background is. We all connected. Workshops for Warriors is a community.”

After graduating high school in his hometown of North Carolina, Ruffo didn’t know what he wanted to do next. “Nobody in my family was in the military, but I had some JRDC experience in high school. With my JRDC background, I was persuaded to join the Army.”

Ruffo was stationed in Korea for two years before he was moved to Fort Irwin, where he would be closer to his wife who was active duty with the Navy in San Diego.

After serving four honorable years, Ruffo transitioned out of the Army. He thought about going to college, but with his wife being deployed at the time, he could not pursue a multiple-year degree. Then, Ruffo discovered Workshops for Warriors on Facebook. He was excited about WFW’s accelerated four-month training programs, and throughout his Army career, Ruffo was both a welder and a machinist. It was the perfect fit.

“I was nervous. I’d never done online learning,” Ruffo said. “But it was just like we were in the classroom. The instructors stopped to make sure we could ask all of our questions. They made distance learning a lot easier than what I pictured, and the staggered lab times really helped.”

Ruffo, now 21 and father of a one-year-old named Benjamin, graduated from WFW in December of 2020. A few weeks before graduating, Ruffo attended WFW’s virtual career fair where he interviewed with Fox Racing in San Diego, and was offered a position as a machinist. He accepted.