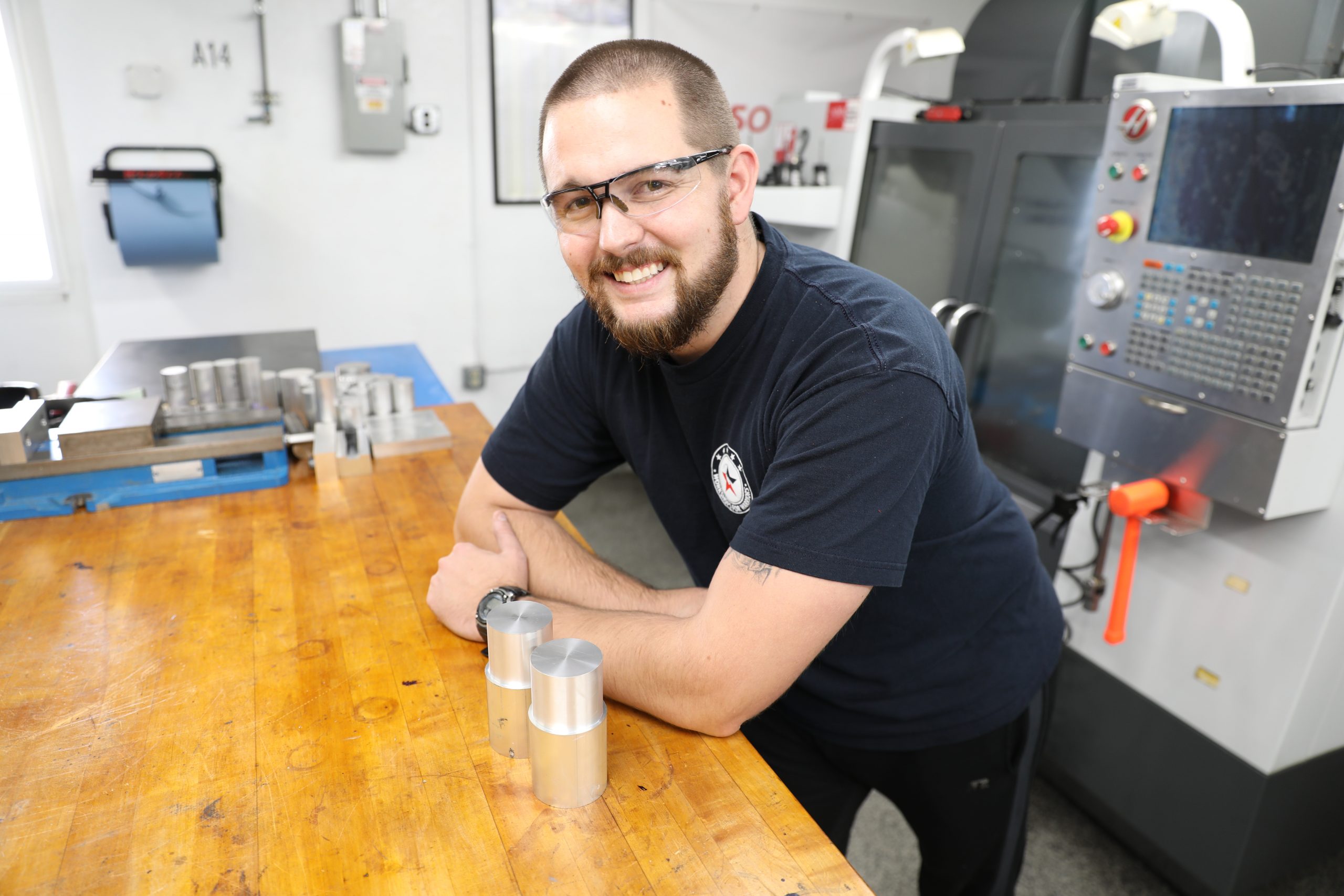 “This program saved me in every way, financially, mentally and emotionally. I was drained, and the family atmosphere here, getting to learn something that helps me be creative, it put me on a new path.”

A native of Oceanside, Calif., Sam Allingham spent four years in the U.S. Marine Corps as a mortarman, completing two combat tours to Iraq from 2015-2016.

Despite picking up sergeant in three years, a rare feat in the Corps, he elected not to re-enlist. Although Sam credits his decision with being the best thing for his physical and mental health, transitioning out of the military began a negative chain of events in his life.

In the midst of a financially crippling divorce, he struggled to find a job that kept him in one place. He accepted a brief stint as a welder’s assistant, but when the work wasn’t steady enough to pay the bills, he got a job as a train conductor.

“I worked in 10 states in 9 months with two or three different companies,” Sam said. “It was hard enough getting out of the military, but living in and out of hotels, my divorce, then my mom getting diagnosed with stage IV breast cancer at the same time – it was a difficult time.”

On one particularly hard day, Sam got a call from an old friend who happened to be a welding student at Workshops for Warriors® (WFW). Less than 24 hours later, he called the school himself and enrolled in WFW’s machining program.

Sam credits WFW for saving him in a number of ways. On-site student housing allowed him to pay off his debt, and he excelled in the machining program, earning the top spot in his class: Fall 2019 WFW Machining Honor Graduate.

Sam was offered several jobs with companies around the Nation, but when WFW offered him the position of Teaching Assistant in their machining program, he accepted the offer. Now, he is proud to help train fellow veterans to become part of America’s next advanced manufacturing workforce.