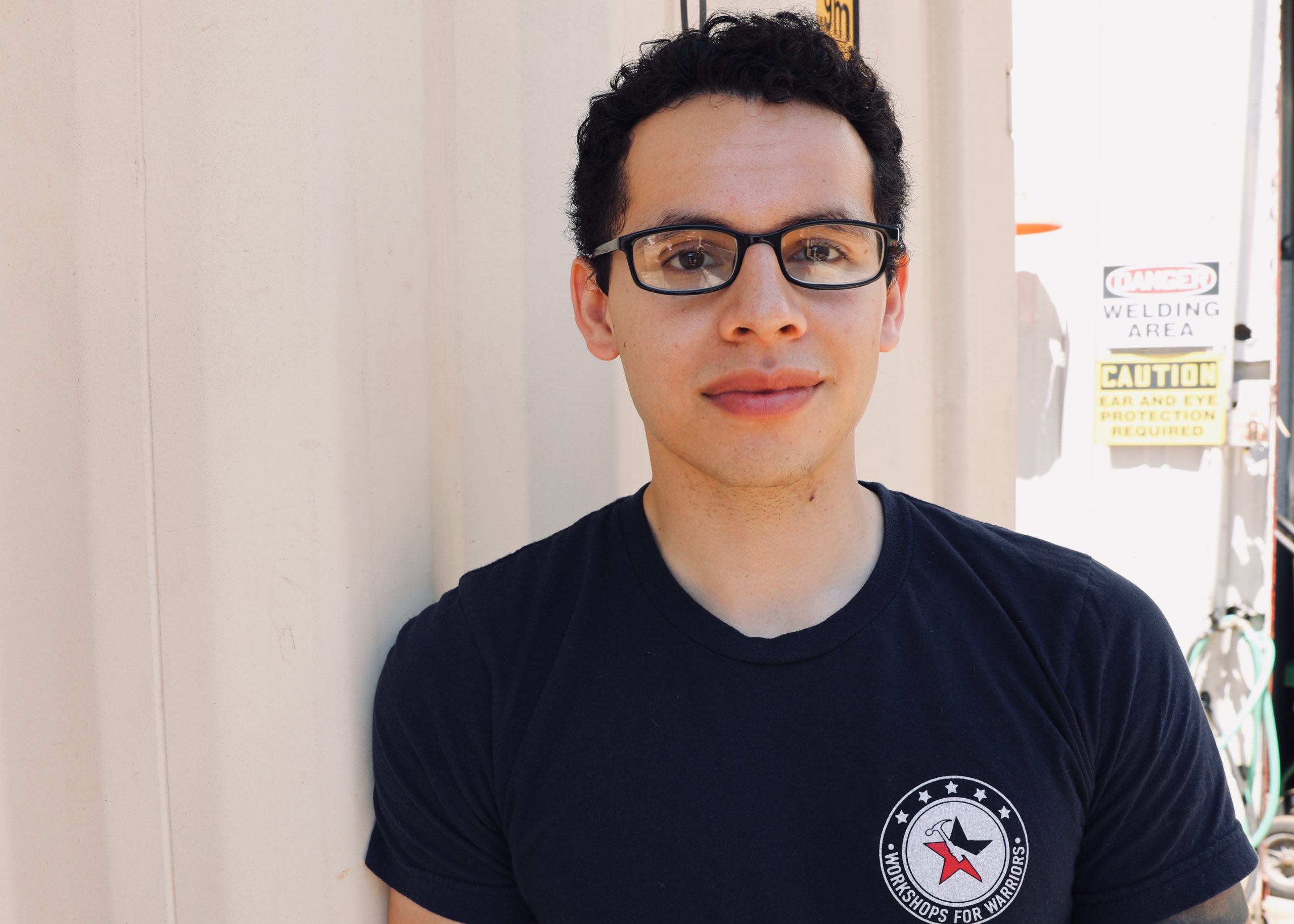 “I would urge any veteran or service member to take this course if they need a way to kick start their career into a growing industry which will be both challenging and satisfying.”

Mauro Duran was born and raised in El Paso, Texas. As he reached his senior year in high school, he knew he wanted to do something more, but college was “out of reach financially.” He enlisted in the United States Marine Corps as a flight engineer on C-130s with the desire to travel and earn a steady income.

After three honorable years, and just 12 months from Mauro’s end of active service, he attended the Transition Readiness Course, a Marine Corps program that provides information about planning and opportunities for reentering the civilian workforce. Uncertain about his next career path, Mauro listened closely at everything the course had to offer. When he learned about Workshops for Warriors, he was excited and wanted to learn more about the machining program, as he was always interested in how things were made.

“You start off with a piece of raw stock and chip away at it until you have a highly precise part that could go into an aircraft or literally anything,” said Mauro. Interested in WFW’s hands-on training in an environment surrounded by other veterans and transitioning service members, Mauro knew the 16-week Workshops for Warriors machining program would be the best course for him.

Though faced with unforeseen challenges and adjusting to the remote learning due to COVID-19, Mauro graduated as the Machining Honor Graduate from the Workshops for Warriors spring 2020 Class. He knew it was a great course it was confirmed “When in the end …I began to get job offers from several companies all around the United States.” Following graduation, Mauro still has about two months on active duty. Ultimately though, the plan is to accept one of the offers received as a machinist full time.