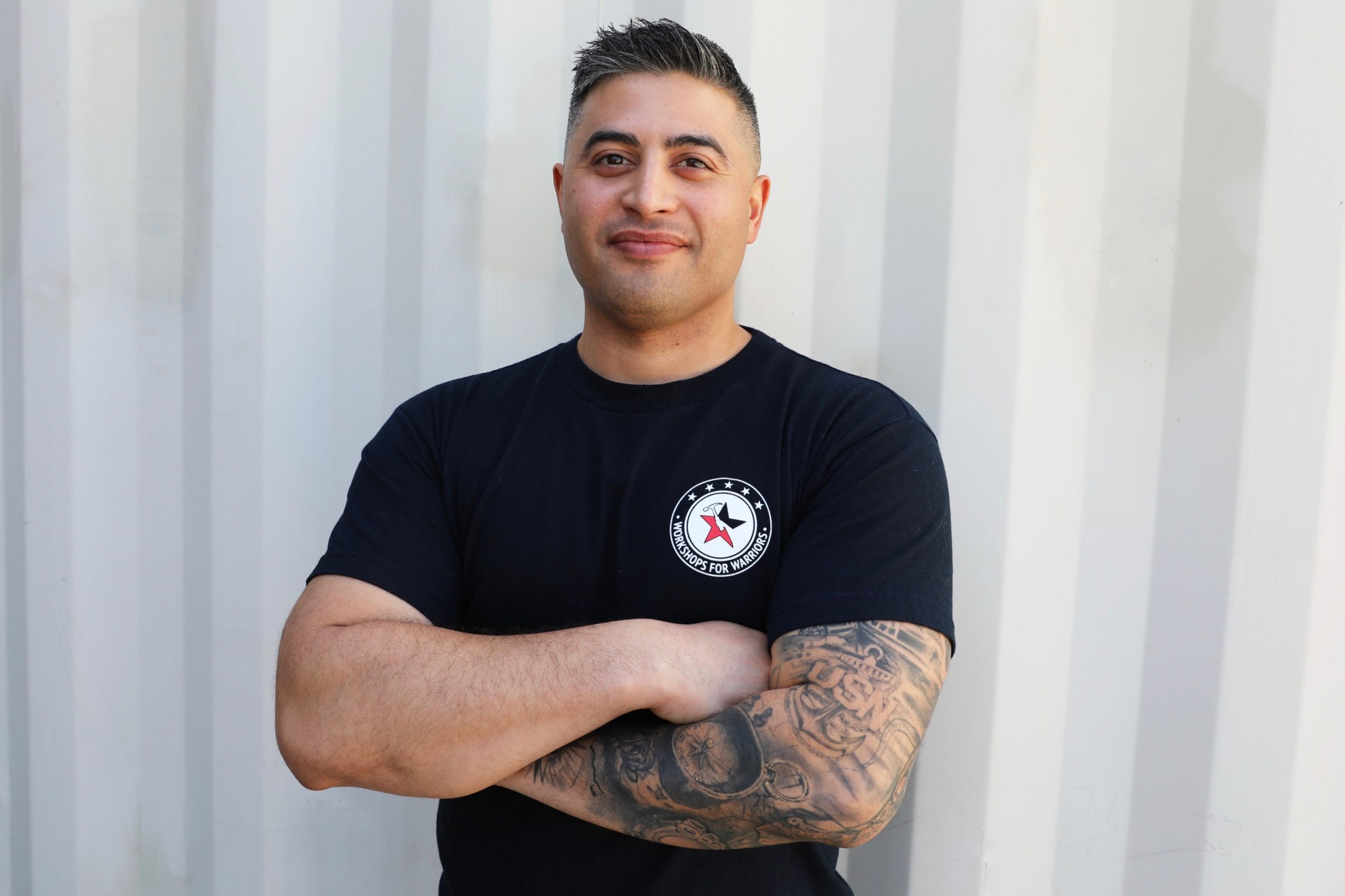 “Workshops for Warriors hasn’t just been a game-changer for me. It’s been a life-changer.”

Jedediah Maldonado was eight-years-old when he moved with his mother, father (a Marine Corps veteran), and five siblings from Hawaii to Cleveland, Ohio. After graduating high school, he went to Cleveland State University to study Business Administration.

“As soon as I turned 18, I wanted to move out,” Jedediah said. “But I was struggling, not so much academically, but financially. I was working three jobs and trying to go to school.”

His self-described “strong-mindedness” comes from his parents; they raised him and his siblings to be independent and self-sufficient. “It was really tough trying to support myself, but I didn’t want to move back home, even though my parents would’ve welcomed me with open arms. So, I decided to join the Navy in 2007.”

Jedediah joined as a hospital corpsman. At the start of his naval career, he travelled to several countries while on the maiden voyage of the USS Green Bay. “On the platform, the corpsmen are kind of expected to be everywhere, and to know everything,” Jedediah said. “I ended up rising through the ranks fairly quickly – I made E-5 in three-and-a-half years.” He attributes his fast advancement to the experience he gained on the ship. “I had experience with the lab, the pharmacy, the ward, dental. It was a broad scope of everything.” 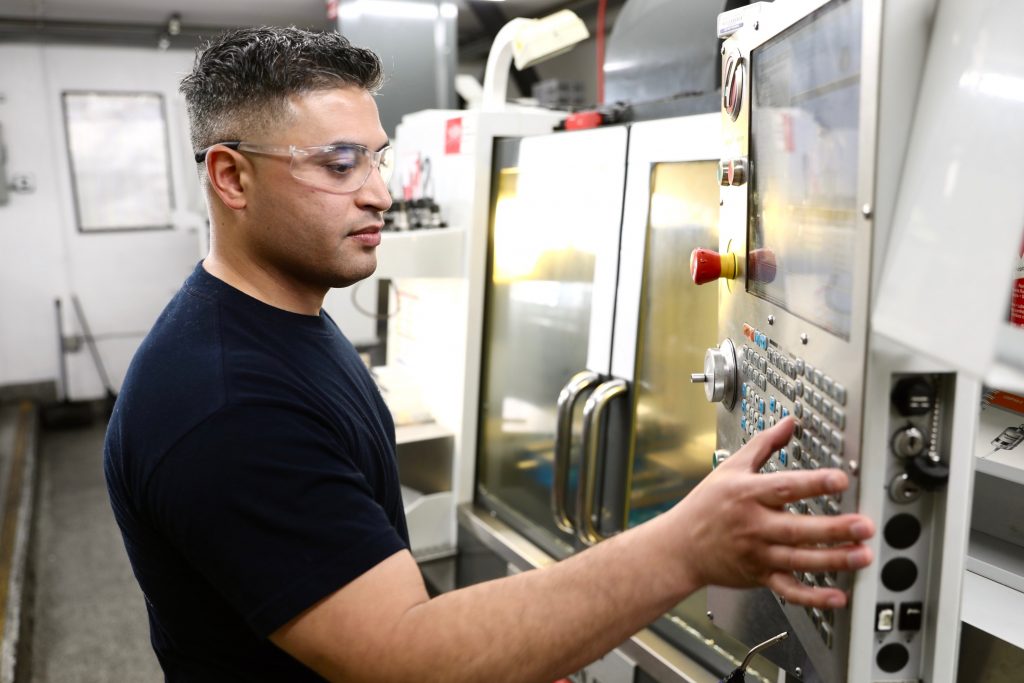 In 2015, after serving eight years active duty, Jedediah went back to college, this time at the University of San Diego, while also joining the reserves. He graduated with a Bachelor’s Degree in Mechanical Engineering in the fall of 2020.

Then, Jedediah recalled a misstep he had during an interview, and found his direction. “I had some CNC machining on my resume because during college, I touched a machine maybe a few times one semester, but I barely had any experience. One of the few interviews I did have, [the interviewer] asked me what CNC machine I used. I wasn’t able to tell him the name of the machine.” After that, Jedediah realized he needed more experience beyond his paper degree.

He searched the internet for courses for veterans and found Workshops for Warriors. “I attended the orientation, and when I came in, I thought, ‘This is exactly what I need. I’ll get the certifications I need to bolster my resume and make me more appealing to employers.’” So, he enrolled in Workshops for Warriors’ Spring 2021 machining class.

“I actually had experience with SolidWorks [from college] before coming here,” Jedediah remarked when reflecting Workshops for Warriors’ courses. “But I learned more in the short time I’ve been here than I did the entire time at university. And I was there for almost five years.”

About one month into the program, Jedediah participated in WFW’s resume review session led by Hire Heroes, and submitted his revised resume to several employers.

“Almost immediately I started getting call-backs and more interviews. Before, they wouldn’t even call me. Now, I’m getting call after call. Now, I have choices. I didn’t have that before.”

Shortly after sending out his resume, Jedediah received a call during class. Rathyeon Company was offering him a job as an Undersea Mechanical Engineer. He accepted. “I can guarantee that I would not have gotten that job if it weren’t for Workshops for Warriors.”

Jedediah will begin his new career with Raytheon in May 2021 after graduating in April with Workshops for Warriors’ Spring 2021 class.

“I was struggling for seven months looking for a job,” Jedediah said. “I was starting to feel the stress of being unemployed, and feeling like, ‘What am I doing wrong that these people aren’t even calling me?’ Finally, I recognized that because I didn’t have any experience as an engineer, I needed something else to fill the gap. That something else was the certifications and the skills to prove my worth. That’s what I got from Workshops for Warriors.”