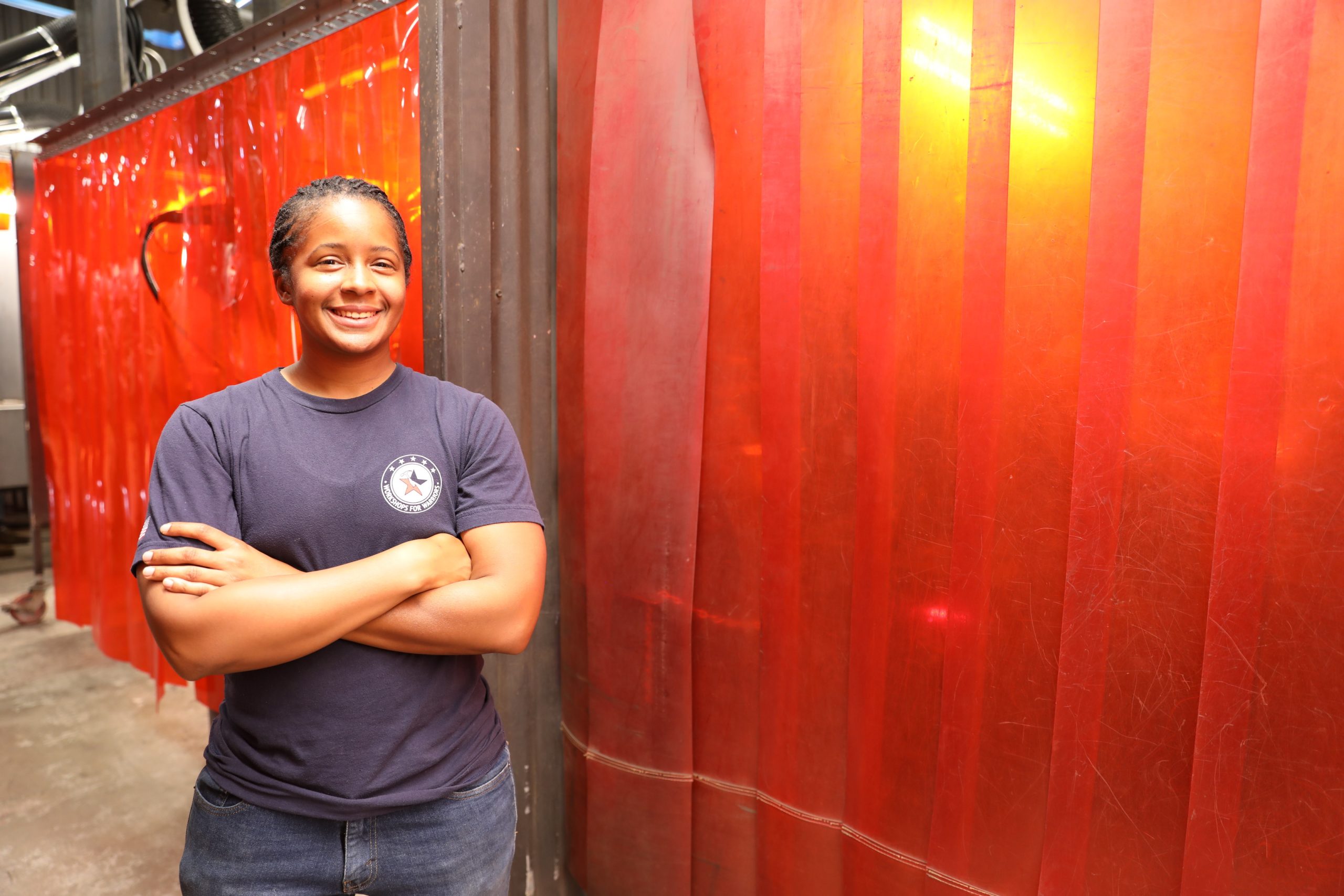 “Thank you so much, this has really changed my life.”

Bria grew up in Ponchatoula, a small town in Louisiana. She was raised by her mother, a single mom who worked as a Crime Victims Investigator for the local Sherriff’s Department.

“My mom and I were all each other had for a good amount of time. We were close,” Bria said.

“I was an only child, but I had a lot of cousins who were into sports, so I played all the sports with them,” Bria said. “I played basketball and ran track in high school. And I was Homecoming Queen.”

Bria’s hard work in high school paid off. Spring Hill College in Alabama offered her a full scholarship for basketball and academics. In 2015, Bria graduated from college with a degree in Psychology, and took up a job at FedEx as a package handler while playing rugby for an Olympic development team in Arkansas. Her team, American Rugby Pro Training Center, won the USA Rugby Club 7s National Championship in 2015, which got Bria noticed by an Olympic team scout. She was invited to try out for the USA National Team, but didn’t make it.

Bria wanted to gain more experience playing rugby, but the cost of playing and training would be expensive, so she started thinking of what she wanted to pursue next in life. “I went to a country music festival in Little Rock, Arkansas, where they had a Marine Corps pullup challenge. I did it. The Staff Sergeant who was there asked if I ever thought about being a Marine.” From there, she was convinced. She joined the US Marine Corps at 26-years-old in 2017.

Her initiation into the Marine Corps was challenging. “Because I had a degree, I went in as an Officer. I didn’t know how I was supposed lead young men and women who are willing to die for our country. I didn’t think I had what it took. But during Officer Candidate School, the Drill Instructors were phenomenal women. It’s fascinating how they take you from civilian to Marine or Marine Corps Officer.” In 2018, Bria was sent to her unit, MACS-1 EWC, at Camp Pendleton where she became an Air Defense Officer. 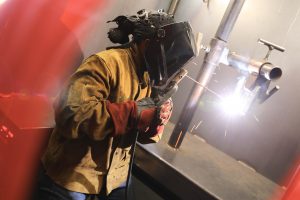 After four years of honorable service, in early 2021, Bria began planning her transition out of the Marine Corps. “I always wanted to work with my hands,” she said. She took a personality career assessment that led her to think about a career in welding. After searching the internet for welding programs, she found Workshops for Warriors.

“There are a lot of welding programs out there. Workshops for Warriors focuses on vets, which I thought was really cool, plus it’s a DOD Skillbridge program, so I was able to seamlessly transition into it,” Bria said.

With no welding experience at all, Bria enrolled in WFW’s Summer 2021 welding program. She enjoyed the camaraderie among the veterans and fellow transitioning service members training at WFW. “There’s a common experience between all of us. It felt more comfortable coming in.”

Bria graduated from WFW’s Welding I program in August of 2021. “I want to go into aerospace or automotive welding,” she said, so she decided to enroll in WFW’s intermediate Welding II course to expand her knowledge and credentials.

Nearing her second graduation with WFW, this time with the Welding II course, Bria reflects on her time at WFW. “The instructors and TA’s really care. It’s not just, ‘Come here, go in the booth and weld.’ They really try to get to know you and make sure you are doing your best,” she said. “I was looking for that one thing that would give me fulfillment and make me excited to come into work every day. Welding has become that for me. I feel confident that I’ll have a great career.”

Bria has advice for other veterans and transitioning service members: “Even if you have a small spark of interest in trying welding, try Workshops for Warriors. For women especially, go for it. It can be intimidating, going into a male-dominated field, but at the end of the day, it comes down to: Are you a good welder? There isn’t an inherent gene that makes men better welders than women. You can do it, and it’s fun. You’ll be around veterans and learn a really valuable skill. It could change your life.”