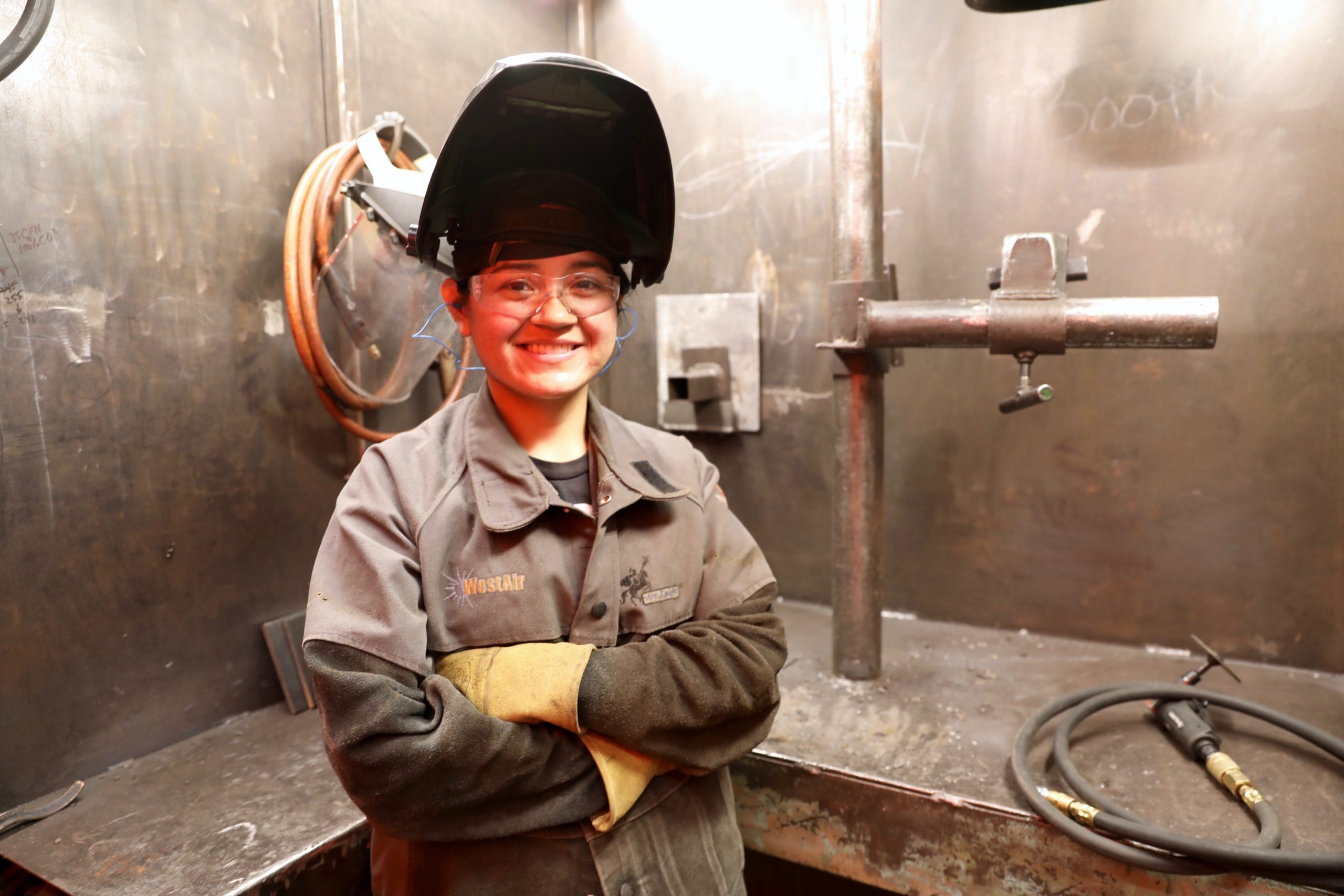 “I definitely made the right decision to come to Workshops for Warriors. I’m learning the proper way to do the job. It was a really great experience.”

Growing up in Salt Lake City, Alicia felt “boxed in.” “I didn’t know what I wanted to do after high school,” she said. “I figured, I’ll go figure myself out while I’m serving my country.”

Alicia joined the Navy in December 2015. Joining the military gave her new experiences and perspectives. “I was learning a whole tidal wave of things I didn’t even know existed.”

While in the Navy, Alicia was a Hull Technician and did plumbing, pipefitting, wood-working and welding. “It took me a good year to pick up how to weld,” she said. “Once I learned how to do it, I ended up leading teams of people in repairing crafts. It was something I grew to love.”

After serving five honorable years, Alicia transitioned out of the Navy in August 2020, and entered the U.S. Navy Reserves. According to Alicia, transitioning to the civilian lifestyle was difficult. “You don’t know what to do with all the new time you have to yourself.”

Alicia heard about Workshops for Warriors from a Navy comrade who graduated from WFW. With her experience and love of welding while in the Navy, naturally, Alicia enrolled in WFW’s Fall 2020 welding class.

“I’ve always seen that stigma of where, girls aren’t supposed to be welders,” Alicia said. “It was really nice having Anelly, the female Teaching Assistant, at Workshops for Warriors. She was the first female welder I’ve seen in a while. I missed working with other girls.”

Alicia graduated in December of 2020 and is already enrolled in WFW’s Welding II course from which she will graduate in the Spring of 2021. After completing Welding II, Alicia plans to move closer to family in Anaheim, CA and secure a job doing advanced manufacturing welding.