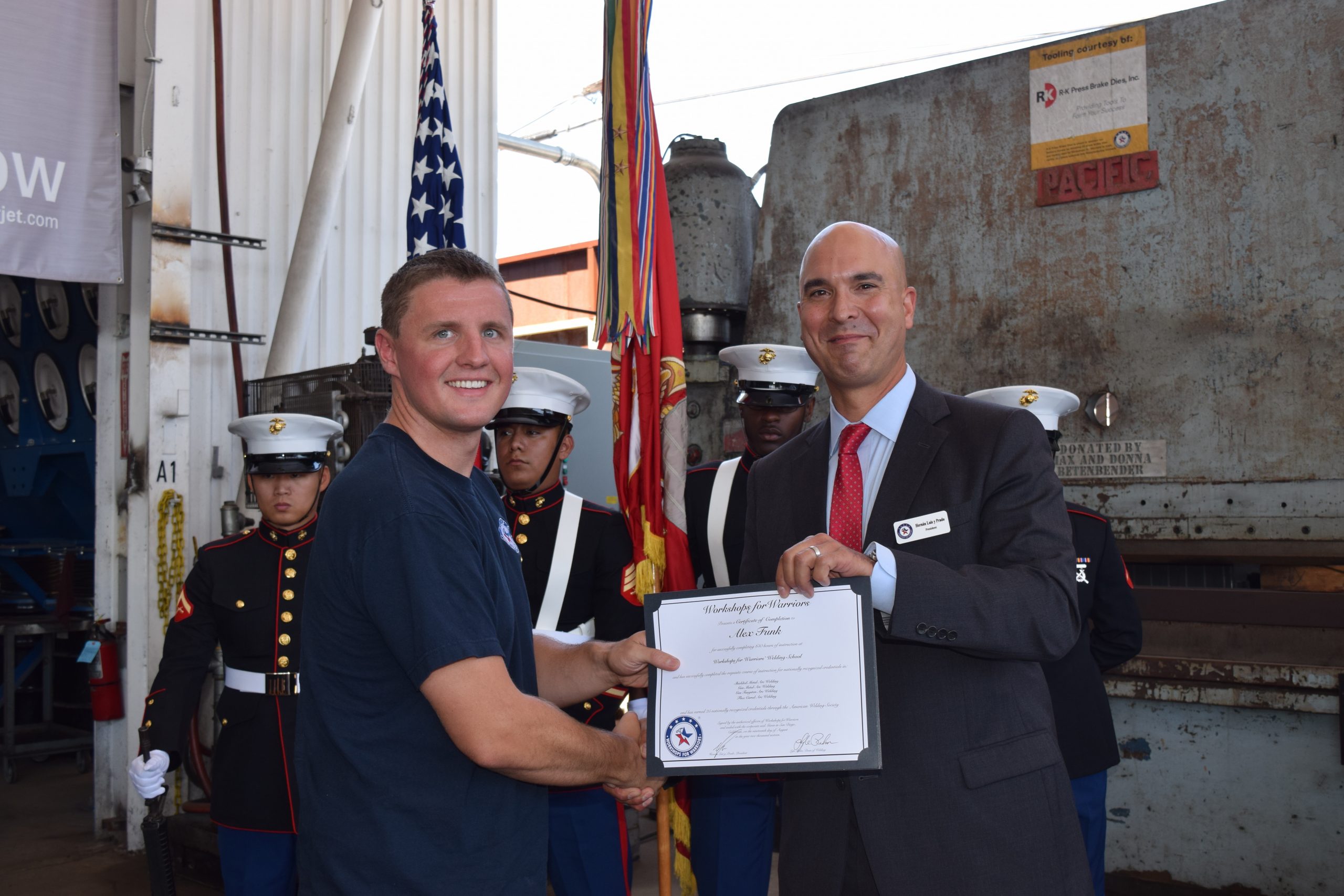 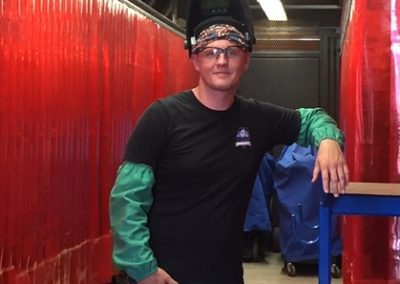 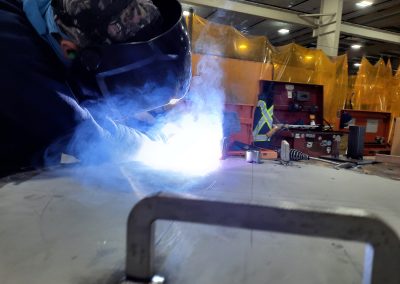 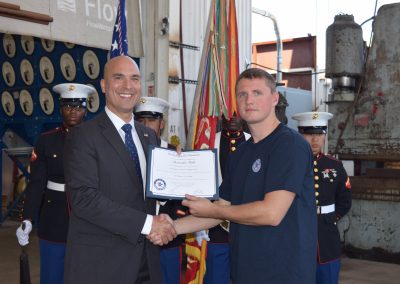 Alex Funk, originally from Dallas, Oregon, joined the United States Marine Corps in August of 2011. In 2014, after returning from a six-month deployment to Afghanistan, Alex started focusing on transitioning out of the service.

When considering his post-service career options, Alex was unsure of what he wanted to do. As an active duty Marine, his primary job was working as a diesel technician, but he knew that he did not want to continue that work in the civilian world. He began searching for other options. Then, a fellow Marine told him about Workshops for Warriors (WFW).

Alex said WFW’s programs sounded like a great option for a long-term career and something he would enjoy doing. He enrolled in WFW’s welding class, was immediately hooked, and after graduating, decided to take advantage of the school’s CNC machining program. After graduating from WFW a second time, Workshops for Warriors offered Alex a position as a Welding Teaching Assistant.

Alex was with the WFW team for over a year before moving back to his home state where he is now working as a Welder/Fabricator for ENTEK. At ENTEK, Alex works primarily with 316l stainless steel, aluminum and carbon mild steel. Because of the vast and immersive hands-on training Alex received at Workshops for Warriors, he is one of the few welders at the company who can operate all of the welding machines and weld all of the different types of material they use. Alex enjoys his career and is thankful for the training he received at Workshops for Warriors which made it possible.