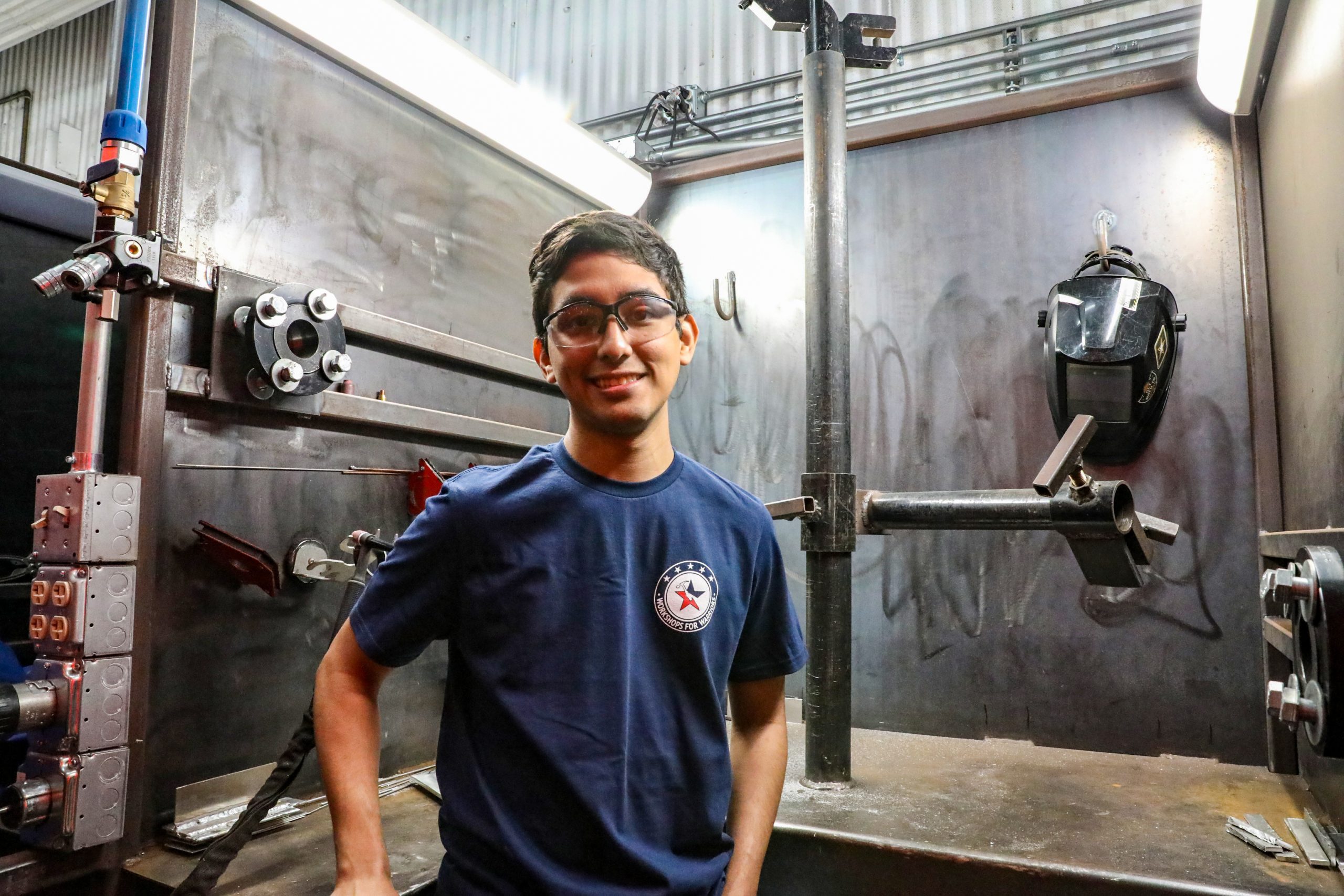 “Workshops for Warriors will forever be my home, and I will highly recommend it to others.”

Rio is Workshops for Warriors’ 1000th graduate! He grew up in a small country town in Ohio. He was raised by a single mother who, as a result of a horrific car accident, was permanently confined to a wheelchair. Her disability in no way slowed her down. She tried out and for the Paralympics track and was on a local basketball team. “She was a huge inspiration to me and showed me that even if you fail, there will always be success around the corner,” said Rio.

Rio joined the Marine Corps right out of high school. “I loved the Marine Corps. I was a graphic designer, but the only problem was sitting at a desk was not for me.” After four years of honorable service, Rio began planning his transition to civilian life and knew he wanted to do something more hands-on. “I received an email that I was accepted into the Workshops for Warriors’ welding program and I was on the next plane,” he said. “If opportunity knocks, you answer!” 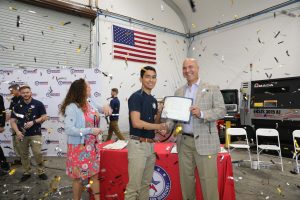 “My experience at WFW was superb, the TAs were great, and everything they taught me here will made me an exceptional welder,” he said. “The opportunity to take everything you learn at WFW and immediately benefit from it is very rewarding.”

Rio graduated from our Welding I and Welding II programs with twenty-eight nationally recognized certifications. His dream was to move to Montana, so upon graduation, he made that dream a reality. He has already received multiple job offers and is looking forward to an advanced manufacturing career.

As our 1000th graduate, he epitomizes the work that we do rebuilding American manufacturing with veterans.