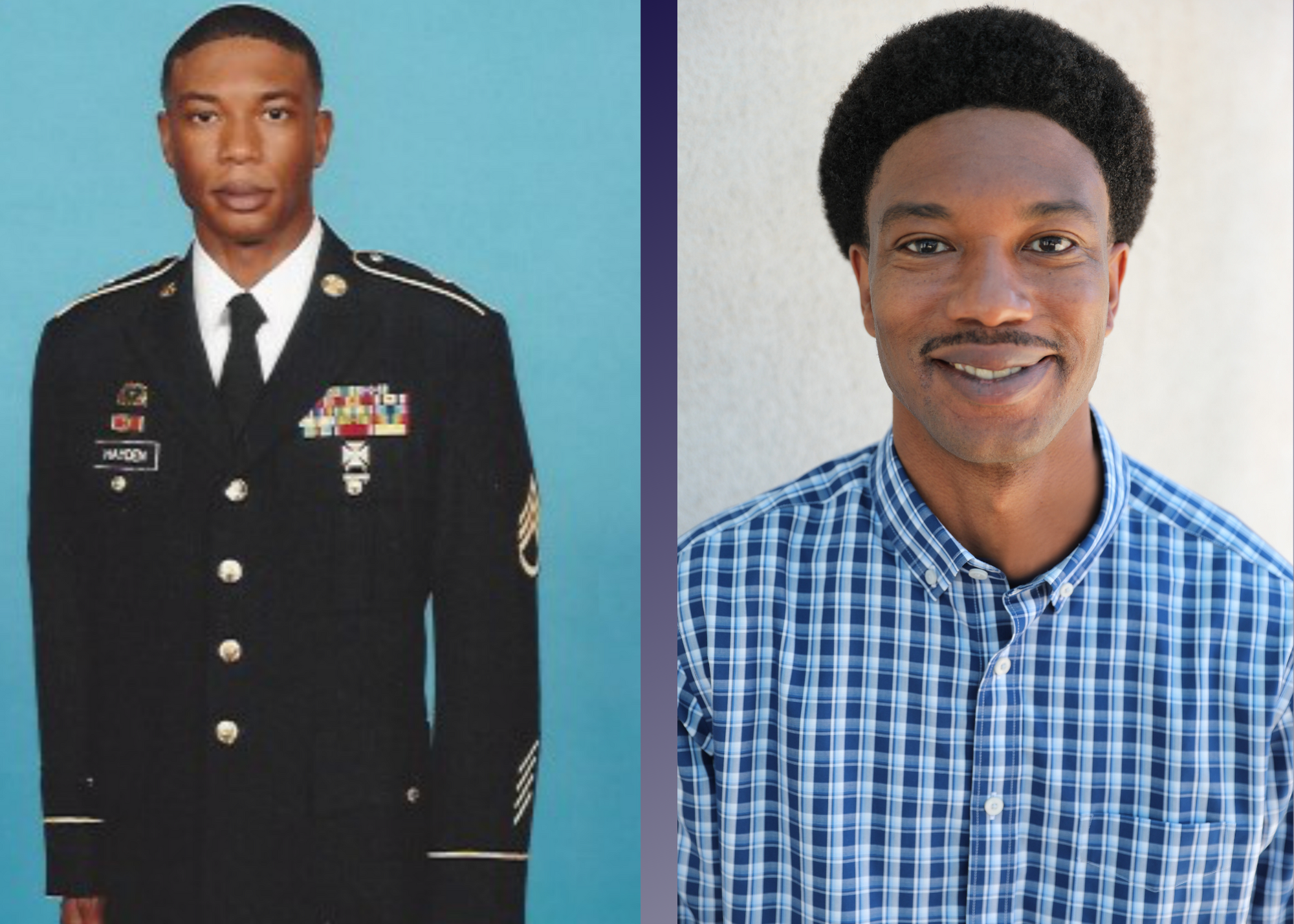 “I cannot full-heartedly say that I chose Workshops for Warriors. In a way, the program spoke to me and chose me. This is the best program I have ever attended.”

Bernard, married and father of three, is a 16-year combat Army veteran. After serving in Operation Enduring Freedom, Operation Iraqi Freedom, and Operation New Dawn, Bernard sustained an ACL injury and was medically retired in 2015.

Thus far in his career, Bernard has served in the Louisiana National Guard, the Texas National Guard, and has worked for the State of Louisiana as a Drill Instructor teaching troubled youth. He eventually earned a position assembling aircrafts with Lockheed Martin, but the physically demanding work exacerbated his injuries, so he decided to leave and continue teaching as an adjunct instructor at Tarrant County College.

“We have about four mills and four lathes in our school [in Arlington], and no one knows how to run them,” Bernard says. When he started researching CNC programs to learn how to operate the machines, he discovered Workshops for Warriors (WFW) on the internet.

While Bernard’s teaching position at Tarrant County College is uncertain due to COVID-19, he is still looking forward to all he can accomplish after graduating from WFW. “I would like to work for a company that pays well and where I can grow.”