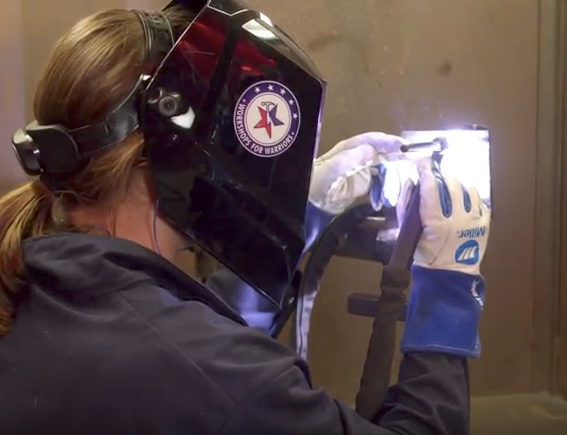 Tanya comes from a family and an extended family where everyone has a master’s degree and pursued careers starkly different than the Military. After trying college for one semester she knew it wasn’t for her. She explained that she never thought of vocational school, and it was never really an option for her until she enlisted in the Navy.

“I knew I wanted to join the military since I was little. I wanted to take a year oﬀ before college, but my dad convinced me not to. I was just burned out from high school, so I went to college   and did awful. It was overall not a good experience, so I dropped out before I got more loans.” She added, “I was originally going to enlist in the Army because the school I went to was a military school with a commissioning program. So I had a contract with the Army, but I lost that contract when I dropped out, and I wasn’t allowed to rejoin for 6 months. I then just kind of ended up in the navy.”

Tanya grew up in the suburbs of Dallas Texas and enlisted in 2013. She saw one deployment on the USS6 Westpack for 7 months going down to Hawaii and all the way to the Middle East. During her time in the Navy is when she discovered welding.

“I had no idea what welding was. The jobs they oﬀered me at first were all desk jobs and I had no Interest in that. I just dropped out of college. They mentioned welding, but I didn’t really know what it was. We learned stick welding about 3 years ago, but once I got into the fleet, I never picked it up again except for maybe once or twice on deployment. It was all TIG welding.”

“Lyle taught me how to do GTAW and stick welding again and I’ve been doing that ever since. He usually convinces a few people to go to Workshops for Warriors to further our skills. I’ve met a few people in the night program.” 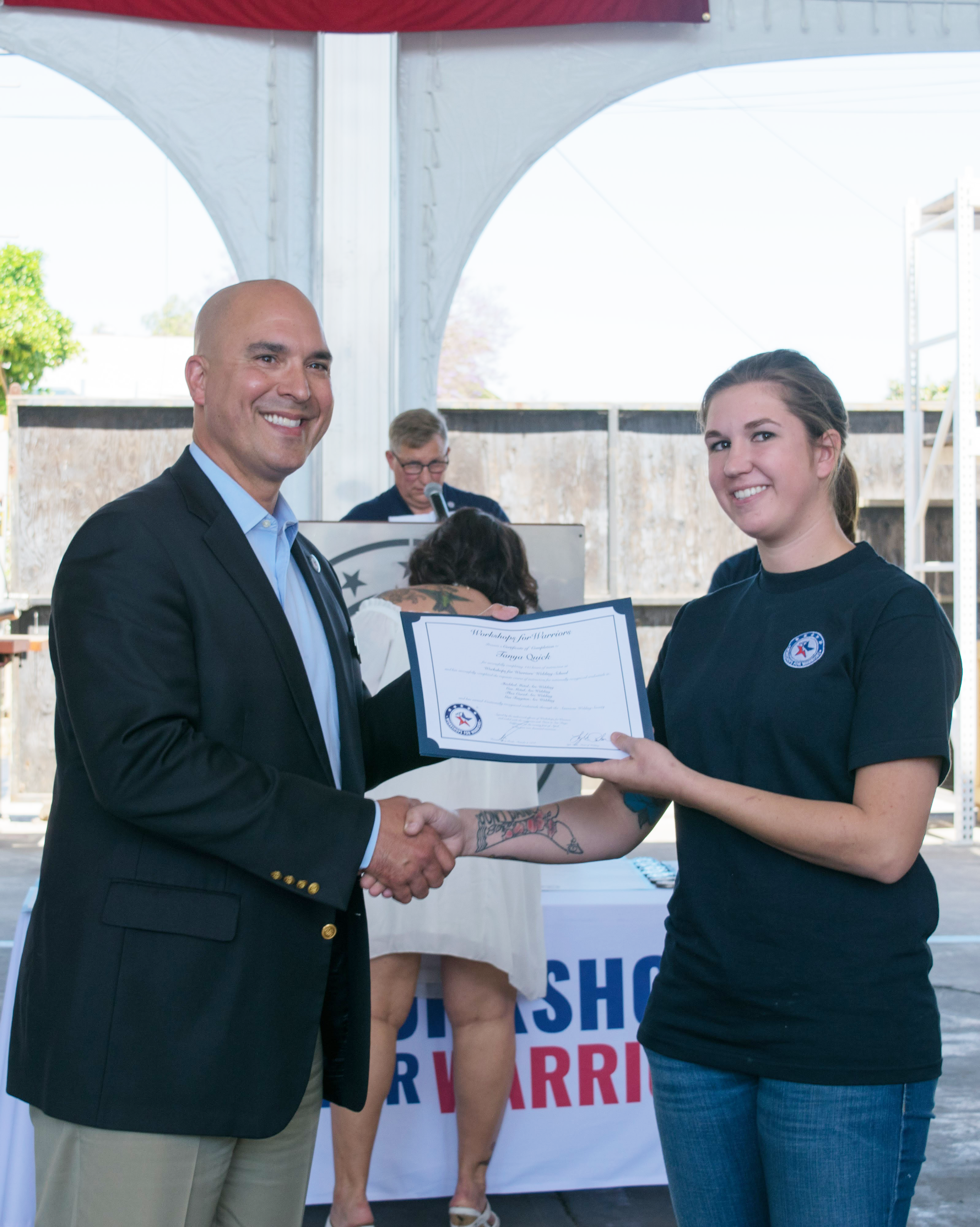 “You won’t have to go through much of a transition because you are getting the nationally recognized credentials. That’s what you don’t get in Lyle’s class. It drew me to Workshops. I had no intention of getting out. I was going to re-enlist for another 3 years.” She added, “Because of my year group, though, we are overmanned, so I was worried. I had bills. It was unexpected. Lyle mentioned the skill bridge program when I got back from deployment, so I started looking into it and talking to him and other people who were attending. They talked about the credentials and increased possibility of getting a job. As of right now, yes I have welded for 3 years but no one really cares. I had nothing to show for it. These certifications back me up and really help.”

In addition to the nationally recognized, portable, and stackable credentials offered by Workshops for Warriors, Tanya talked about the importance of work environment setting her up for success. Specifically, going to school and being taught by other Transitioning Service Members and Veterans.

“I like going to class with other prior Military and having a Veteran run program, especially for people who have gone through Military training. It’s just easier for us. I can’t explain why. They have a certain level of expectation and standard. When you go through civilian school, it’s not really the same standard. They hold your hand through it. This one is kind of a ‘throw you into the pool and you should probably swim because we told you how’ type of learning.”