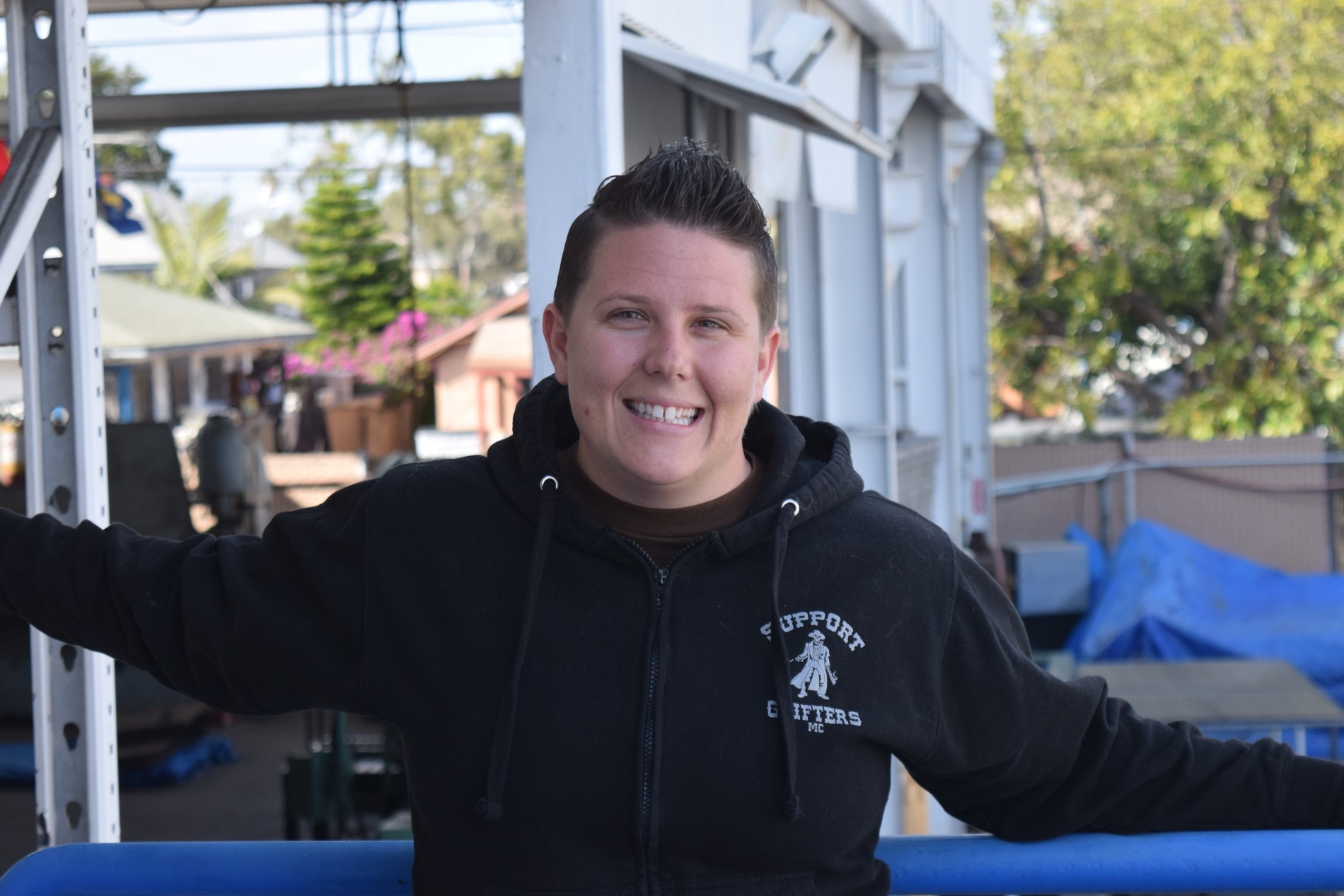 Rachel is one of our veterans who bounced around after her time in the military and tried a lot of different career paths before finding Workshops for Warriors. Rachel is a Chicagoland native and was active duty Navy for 4 years as well as part of a combat tour in Afghanistan in 2010.

Rachel actually earned a scholarship for basketball to play in college, but ended up leaving to join the Navy where she then played all-Navy basketball. After her service she went back to school to get her undergrad in nursing before deciding she needed a break from that lifestyle, at which time she decided to join the Army.

As you might imagine, this isn’t the norm for most. Rachel explained, “I left for the Army and went to basic training, which was funny because when I got done with basic training and graduated I had my Combat Action Ribbon and other awards, so I had more than some of my drill sergeants.”

After her time in the Army Rachel ended up getting married and became a commercial diver, but quickly realized that the job was too seasonal to make work. Fortunately, she found a full-time job.

“I got lucky and got into the aerospace community and I found a job. A guy named Tom Hughes gave me the opportunity to come into RBC Turbines, which used to be his company until they were bought out. He took me under his coat tails and taught me how to operate a water jet and do manual machining—tons of stuff I would have never been exposed too because once again [similarly to the military and commercial diving], it’s a very male dominate field.”

Rachel admitted that having a job and meeting Tom Hughes was very lucky and an opportunity that not many veterans get, but it was actually a while after her military service that she made this connection.

“I met Tom through a friend who knew I was struggling. I didn’t have a job for probably about a year. I got out of the military and just couldn’t find work. I’m a hard worker; I’m not a stranger to hard work, but I couldn’t find a job. If you don’t have a college education with 10 years experience, you’re not getting anything that you can live off of, especially in California.”

Despite having a full time job, Rachel still wanted to attend Workshops for Warriors because she wanted an opportunity to start a career in welding.

“I love the community in the machining world. I love being in a workshop full of guys. The community in nursing was not for me. In the military I fit in a lot, but in the private sector when I got out it was such a difference,” she said.

“It feels natural going to school with other veterans. It’s something I’m familiar with. Coming here the one beautiful thing about this school is that it feels very familiar, and when I’m not in a place like this I feel very unfamiliar.” She added, “Since I’ve been 18 I’ve been in the military and surrounded by nothing but military things. It’s a scary thing when you leave that environment and nothing feels the same.”

Although Rachel says she may go back to nursing someday, the post-traumatic memories it used to bring up was enough to tell her that she needed a break, and Workshops for Warriors was the right move.

“It’s a good buffer. I really wish I would have found this when I first got back, because if I did I probably would have already created a solid career moving towards welding, and I would be a lot more set and where I need to be. Right now I’m still kind of struggling, but at least the future looks good.”

Rachel is currently a Shielded Metal Arc Welding student and hopes to weld in the future.