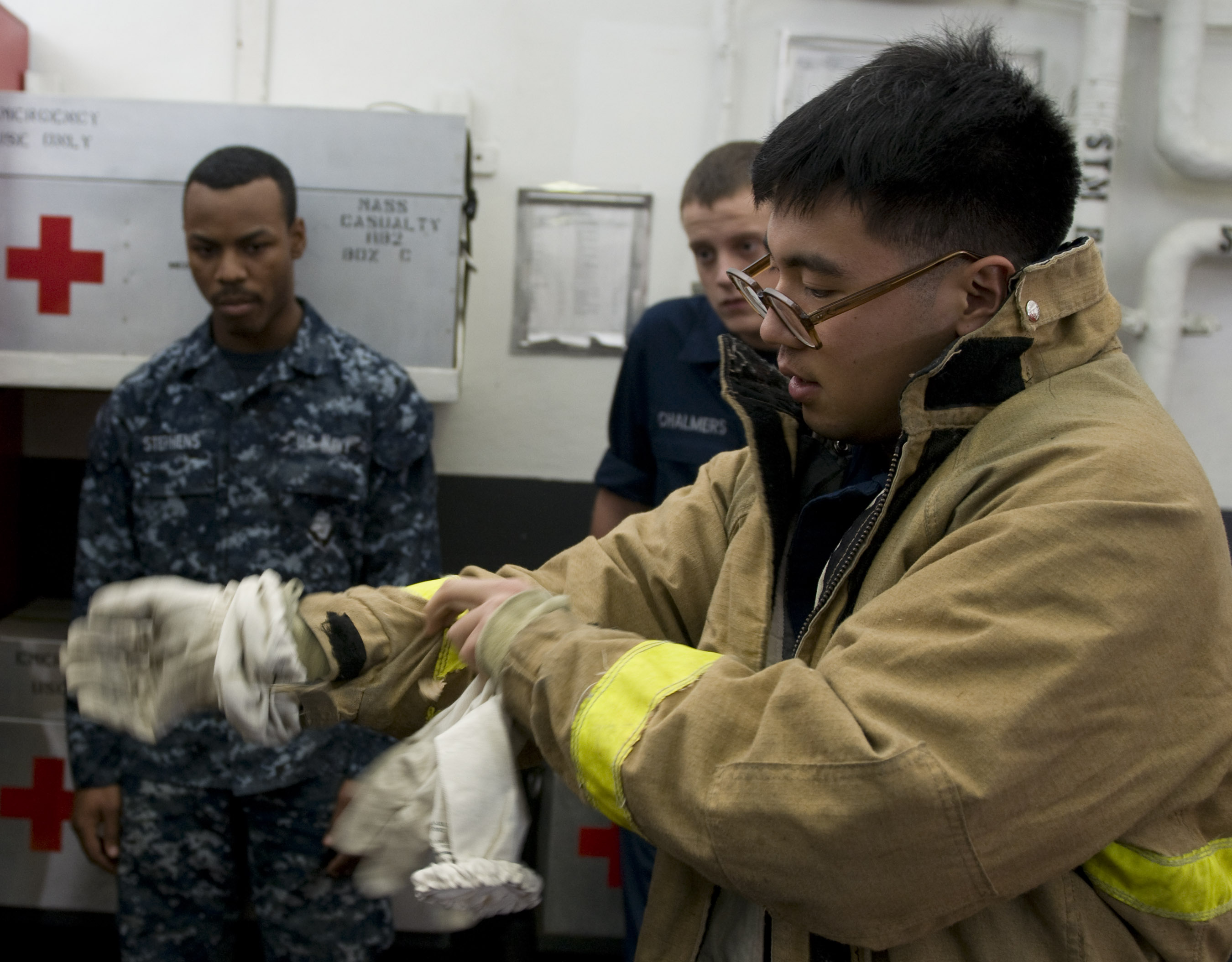 Josh Tanida joined the Navy in 2010 at 21 years old, serving in the military for four years as a Third Class Petty Officer for the first two and a Second Class Petty Officer during his last two years enlisted. He served as a Machinist Mate for all four years, deploying twice to the Gulf Region. For Josh, enlisting in the Military was a way to get on track for success.

“So until I was 21 I kind of just existed and was in a limbo state for a long time. I figured I needed to do something with my life, so that’s when I decided to join the Navy, and that changed a lot. It moved me from Arizona to San Diego again and just basically just changed everything. It was good. It got me motivated to go do something else with my life.” He added,

“I started out very well in the Military. I was the honor recruit and then I was the top graduate for my tech school, and then when I got to my first ship, my only ship, I was capped to third class petty officer when I first got there, and then I made second class in two years.”

Tanida enjoyed the Navy, but wanted to get out to pursue other paths. He wanted to create, and the Navy wasn’t the place for him to do that.

“I’ve always had an interest in creating. So machining and welding are just a more intricate, more precise way to make something.” He added,

“I started off well, but as time when on I started getting more worn down, and toward the end I was very unhealthy and stuck in some bad places mentally. When I got out, I was happy to be able to have my freedom back, but at the same time I was also, I don’t want to say confused, but not as sure as I used to be about everything. I thought, ‘what’s life going to be like now? It’s not going to be the same’” He added, “That was what I wanted, but when you’re in one state it’s easy and then when you change you have a moment of panic like ‘what am I going to do now?’”

“I heard about WFW when I was active, but then I became a veteran right as they were starting a new summer semester. I got out in April and I had a couple of months of trying to figure stuff out – deciding if I wanted to go to school, if I wanted to do something else, or go back to work. I checked out the program and was really interested. With welding, I get to build something again, or machining, I get to see how things are made and be a participant in that. So a few months went by, I got to know [Workshops] a little bit more, and then when summer came around I started doing welding and then welding and machining in the fall.”

Josh explained that he first started taking courses and living off of his savings, but eventually was offered a scholarship with Workshops for Warriors, which made a big difference in his ability to continue in school and not focus on survival.

“That really helped me out. I’m an easy person to take care of, I don’t need a lot, but I made that money work for me and it allowed me to learn without having to worry. I appreciated that, and that really got me, I don’t want to say motivated more, but it gave me the opportunity to get a little more involved with everything.”

Despite graduating from Workshops for Warriors in 2015, Josh talked about his most recent interaction with Workshops for Warriors—the Inaugural Gala—and what it meant to him to meet the current students going through the program and here from fellow alumni about the impact the training also had on them. 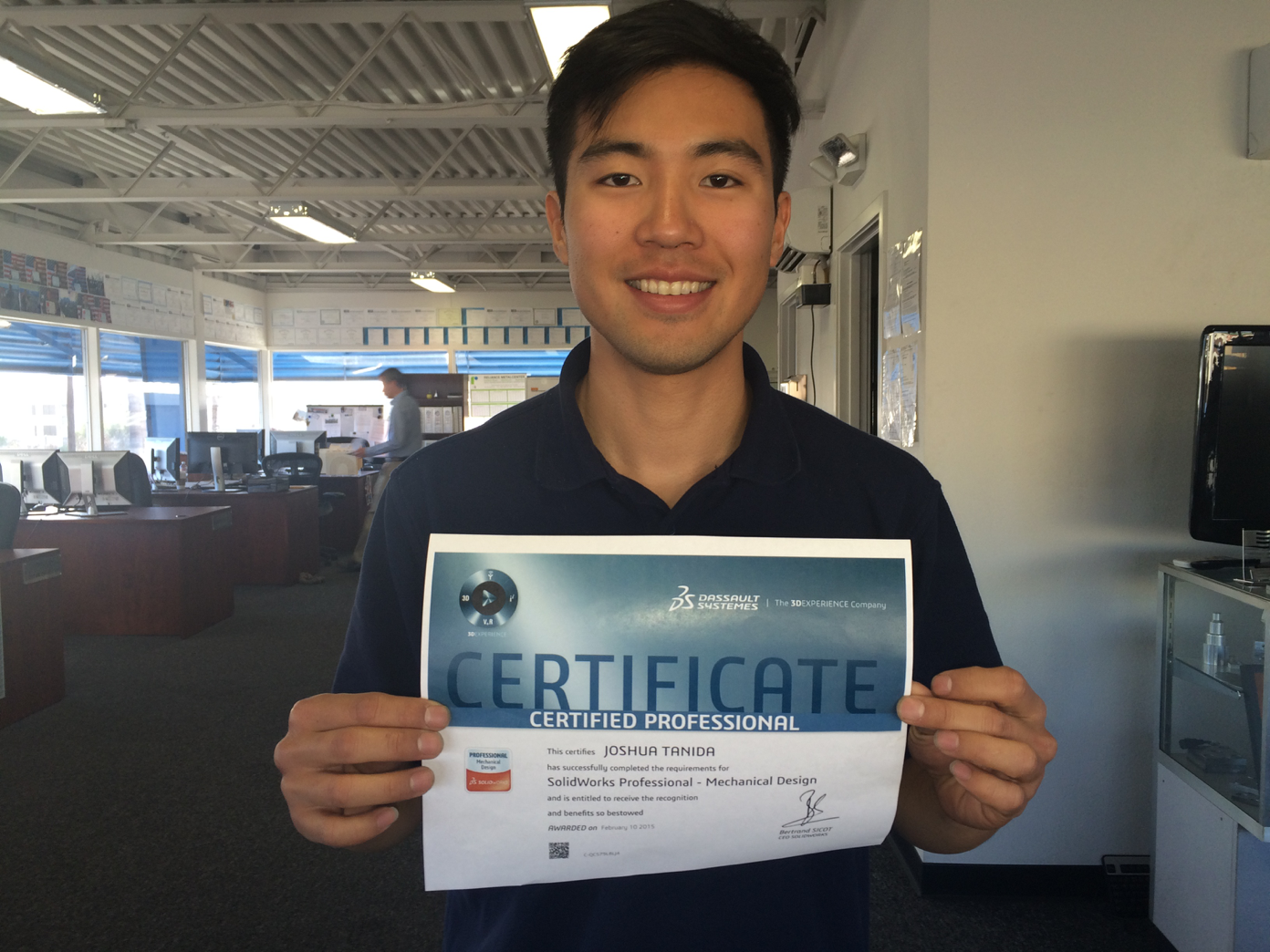 “At the gala I got to see other people’s experience. One person on the video was one in particular, Chris. He was my classmate and he got a stipend too, way back when. I could tell that it’s not just me; it helps everybody, and if you can help as many veterans as you can, it’s a good thing. Veterans give up a lot, you know?”

When asked what memory sticks out in his mind at Workshops for Warriors, Josh talked about a fellow student who made an impact on him. For Josh, his friend Randell’s story affected his philosophy on life and affected the way he sees things in the future.

“Even though he had that past baggage, they still gave him a chance, and that’s what everyone should do. Give other people chances. He came here, he was having a hard time too, a harder time than most, and he kept doing it. He kept staying and he kept asking for more responsibilities. His did more with less. I bought him food because I know what it’s like to be hungry. That personal experience where Workshops for Warriors helped somebody literally make something productive out of their lives that they enjoy when not a lot of people gave him a chance; that really shows a lot.” He added,

“[Workshops] doesn’t just help. It’s going where it should go, you know? This is a Veteran, he didn’t know what to do, they gave him a purpose, he took it, and he excelled in it. If a program can do that for someone, that’s something you can spread to everybody. For me it’s a first-hand account and not just a story you hear. That’s a big thing that I enjoy about this place.”

Josh is currently working for ICI Services at 32nd Street Naval base working on LPDs and managing installs of new equipment. He explained that he was hired in part due to his welding knowledge. When they install a handrail, cabinet, pipe hanger, etc., he would be able to inspect the welds. He isn’t a certified welding inspector, but his knowledge was enough for him to be able to tell if something needed to be looked at by a professional.

When asked about the overall impact his nationally recognized credentials had on his life, Josh discussed the idea that he knew the organization was making a difference for Veterans over the course of their entire lives and not just a short time period. For him, knowing where donations are going was incredibly important.

“The organization appreciates Veterans for being Veterans, which I thought was far better than being noticed for being one person. Reading up on different nonprofits, you don’t always know where your money is going. You donate a dollar and maybe somebody gets a couple of pennies from it. I wouldn’t say the vast majority, but that reality is there. Here [at Workshops], I feel like it’s much more transparent. Here I feel like if I give time or money or anything it goes right back to the students. Right back to the Veterans that need it. It gives me more faith in a lot of things, I guess, that people actually care about Veterans. I know a lot of people do, but this is a bright star and I really hope it grows to help more people.”

It gives you confidence to know you can do something that’s difficult or learn something new that you didn’t think you could learn. Then you pass that skill along and you have one group that finished a course and they feel good about it. The next group comes in and they say things like ‘I didn’t know I could do it, but you can do it too.’ It’s a great, great place.”

Josh plans to eventually go back to college to advance his education. During his time at Workshops for Warriors he earned 14 nationally recognized credentials in the following: