From Walmart to the Marine Corps to Tesla, Jared had a different experience finding his passion than most. Despite always wanting to enlist, he just never felt like he had the opportunity until he made it for himself.

“I had a career with Walmart for eight years. I started from the bottom and worked my way up.  They ended up re-structuring the company, so that’s when I decided that I wanted to join the Military. My father did it before me and I wanted the security of a paycheck. I worked at Starbucks part-time for three years while I trained for the Military and the Marine Corps.” 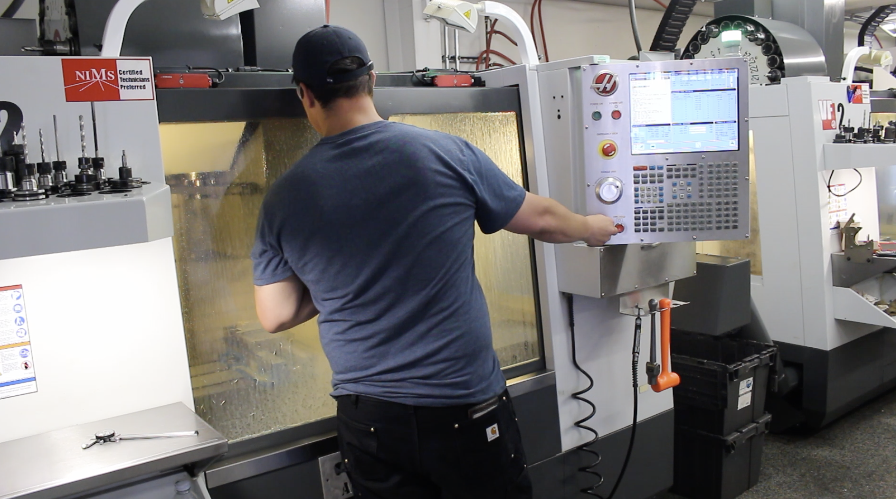 Jared explained that his training included running 3-5 miles per day, five days a week and weight training to make sure he could pass the essentials to enlist. Once enlisted, he has two Military Occupational Specialty codes (MOS) and saw two deployments during his four years as a Marine.

“My primary MOS was HG Mechanic; working on heavy equipment, caterpillars, repairing diesel engines and hydraulic systems. My second job is what I went on to do after I excelled at my first, which was working with 1342 small craft boats as a mechanic where I would repair outboard engines and hydrogen engines for boats.” He added, “I didn’t do any combat deployment, just a humanitarian deployment in the Marion Islands after the earthquake and then was stationed in Okinawa, Japan for two years.  I helped them rebuild the airport runway and maintain the heavy equipment that they used.”

Jared wanted to be a mechanic and was one of the few who specialized as a mechanic for boat engines. He assumed that he would be a mechanic on boats when he got out, and in Okinawa was actually able to get his civilian certifications needed for this profession. However, his plans changed when he was exposed to manufacturing.

“Being a mechanic is only one side of things. I had a lot of relative that were mechanical engineers and they understood engineering as a whole process, including design and fabrication. I actually got trained in fabrication prior to learning how to fabricate hydraulic hoses to fit certain tolerances and PSI. Learning that aspect also led me to learn more about the machining side, and I dabbled in it with a little bit of hot and cold rethreading, but I wanted to know more.”

It was this exposure that led Jared to look into different machining programs out there where he could become a more holistic manufacturer.

“I ended up looking into programs and had planned on doing my transition, getting out of the military, and then going to school to learn more about CAD programming – then I learned about Workshops for Warriors from a Marine that went there. I found out about this program and what they taught and I thought ‘I have to get into this program.’” 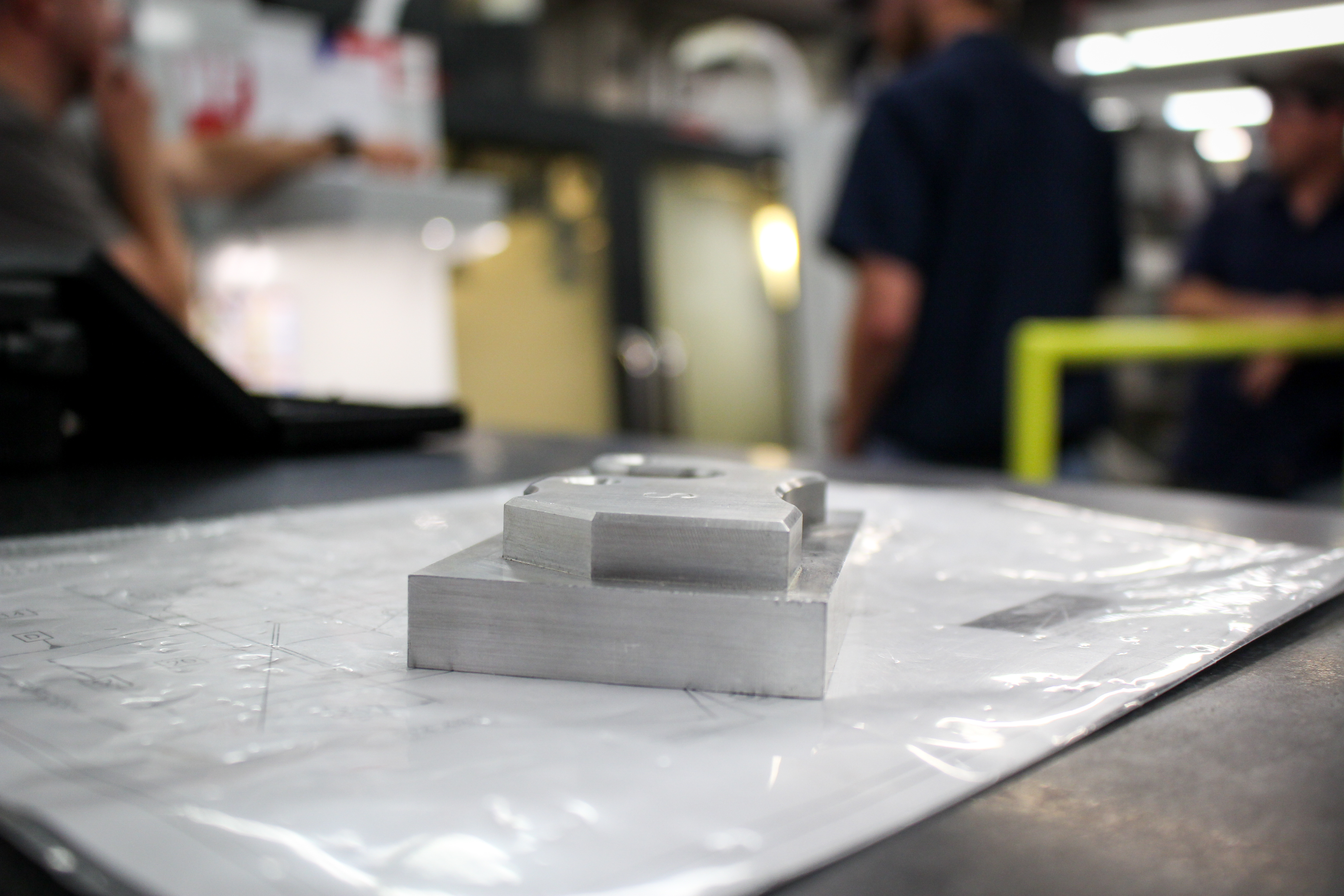 “The instructors will actually show you what you need to do instead of just telling you. The instructors were great. Learning with other Veterans, it’s easy to get along and not be in competition with each other. If one of us is weak in one area, we will go and help the others. It’s a brotherhood. Having that camaraderie helped us learn and grow together.”

In addition, Jared quickly saw the benefit machining had in his industry and how this could make him a more valuable employee in the future.

“There have been occasions where I’ve said ‘I wish I could make this part myself’ instead of ordering it and waiting on it. Learning the machining part from Workshops lets me know that I could be the guy making the parts to get the mission accomplished.  Half our battles as mechanics is waiting for parts. Learning how to fabricate them makes it easier.”

Jared’s plans changed drastically after attending Workshops for Warriors. He had his sights set on working with Tesla and spent his time earning his credentials with that motivation in the back of his mind.

“Originally I was going to go home and be a mechanic in Modesto, California and repair boats. After I attended Workshops my plans changed because I got all the certifications that I needed to excel, as well as other broader sectors like 3D printing. It helped me mainly because I’ve always done the mechanical aspect of things.” He added, “I applied to Tesla to be a mechanic one month before I found Workshops for Warriors just in case. Their website said there was a three to four-month gap when reviewing applications, and so coming to Workshops I had my sights set on Tesla.

“I found out week one that [Workshops] had a connection with Tesla and their Veterans program. At the Workshops Hiring Fair I talked to Tesla’s training coordinator, he asked me about the program, and then they wanted to know more about my mechanical side. They actually were impressed by how mechanically-inclined I was and offered me the position within two days of interviewing with them.” 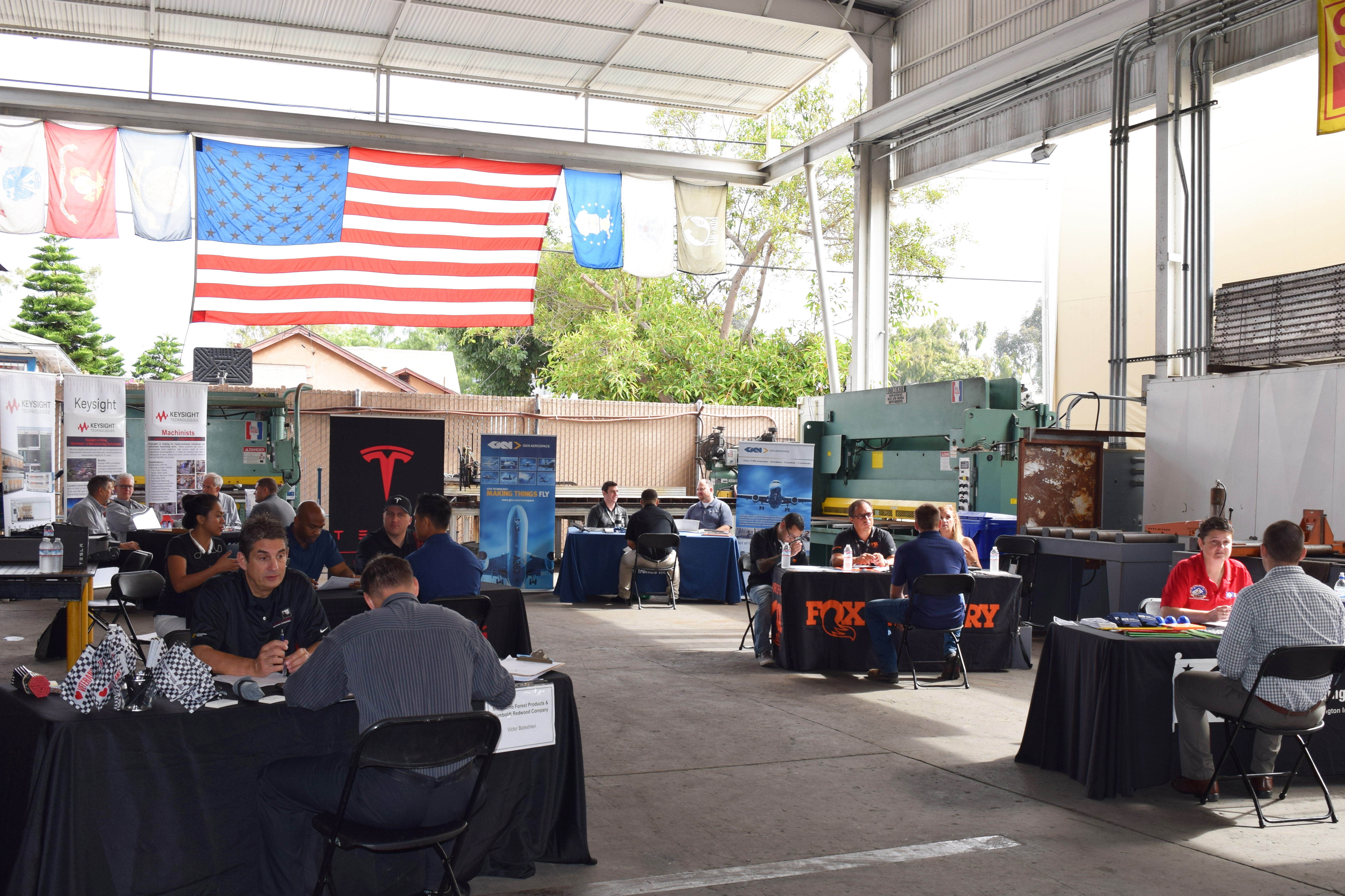 April 15, 2017 -Workshops for Warriors Employer Career Fairs are held once every 16-week semester. Visit here for more information about our next event.

Jared was hired on as an Equipment Maintenance Technician and helps repair robotics as well as equipment that is hydraulic and pneumatic. He maintains the equipment, troubleshoots it, and then when he has a conclusion or solution Tesla turns to those who know machining to communicate what is needed, making it even more obvious the benefits to having both skills.

“I like being a mechanic and a machinist. Having both skills makes you well-rounded. You can fabricate, install, make sure it functions – Tesla wants me to have that aspect.,” He added, “I actually have my Associate’s in Business Management, and I’m looking to add on to that. I’ve started online courses through Texas Central University, a college that helps military members earn their bachelors while working. I have one year left to get my bachelors in business administration.”

Jared explained that it’s important to him to pay it forward and offer advice to future Workshops for Warriors students and alumni. For him, the networking made all the difference, and it’s important that future students don’t miss out and realize what an opportunity Workshops has to offer.

“Having all the connections and networking helps out down the road. If I find there’s another machinist that lives in the area or wants to live in the area, and they need help getting in the door at Tesla, they already have a connection there with me. I can help them what I know, and my experiences, and let them know what they need to advance and get ahead.”