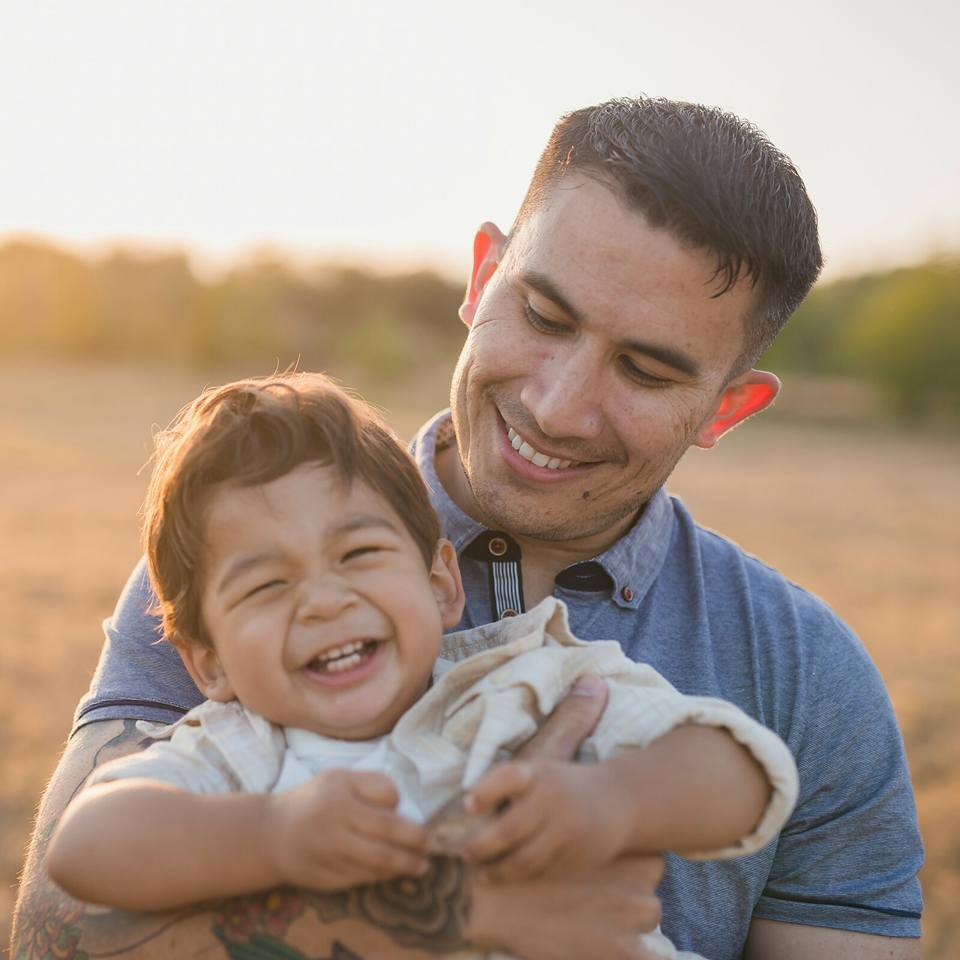 Dwayne is a Marine Corps Veteran who was enlisted for just shy of 12 years where he saw deployments in Iraq and Afghanistan and a station in Okinawa, Japan. Although he originally wanted to be in the infantry, he was told that those slots fill up within the first two months they open because it is so popular for new Marines. This led him to become a Motor Transportation Chief, a 3537. Dwayne was the Marine you see driving the truck, but he will be the first to tell you that this job is one very different than it appears.

“I have never regretted the decision to work in Motor T. because every unit has a Motor T; it doesn’t matter if they’re wing side, they’re ground side, or division side. Technically, with Motor T you can go anywhere in the Marine Corps as long as they have space open at that unit, so with this job I wasn’t just stuck on the aviation side or stuck on the division side. I enjoyed that flexibility of that career. I got to see almost all aspects of the Marine Corps.”

Dwayne is a purple heart recipient who was medically retired after his truck hit four improvised explosive devices (IEDs) directly underneath him. In total during just one deployment in Afghanistan, Dwayne and the other Marines on the deployment hit 168 IEDs. All except 10 earned purple hearts from that deployment.

“A lot of people think we’re just truck drivers, but when it comes down to it, it’s a pretty dangerous job. You’re always outside the wire. 60 miles could take three days. The longest time I stayed outside the wire, it took us 13 days to go 60 miles there and back because of all IED hits. I never made a convoy where we never hit an IED. One of my other guys did. They made it to their destination there and back. They broke a record. It took them one day—24 hours there and back. Never hit an IED.”

Despite a terrible deployment, Dwayne explained that he loved his time in the Marine Corps and he continues to keep the good memories at the forefront of his memory.

“To me, I guess, I try to see things in a different light. Everyone sees the bad, but I got to go to Babylon. You know? I got to see the ruins of Babylon. This is one of the wonders of the world. Not even 1% of the world has seen that, and most won’t ever go because of where it’s located. I remember walking through where Jesus walked, or sitting on the throne area where all the kings sat during the time of Babylon. I walked underneath the Ishtar Gate, which is supposed to be a blessing. I did see a lot of bad things, don’t get me wrong, I saw some terrible things, but at the same time I always try to see the brighter side of what went wrong.” He added,

“It’s the same thing with Afghanistan. That was probably the worst deployment of my life, but at the same time, when you’re playing with some of these kids and you give them a piece of chocolate and you see a smile on someone’s face, it makes up for it.”

It was after this deployment to Afghanistan that Dwayne started realizing he was having memory lapses. He began to not remember the names of other Marines, which was when his injury started to click for him, and the other Marines eventually started to catch on.

“Everyone was keeping it quiet. They say you’re supposed to be taken out after three IED hits, but my company was taking bad hits at the same time. We got down to 30% efficiency. We called for combat replacements twice, and not even our guys. Guys from other units had to volunteer to come to our unit.”

Because of his memory loss, he had to retire. They weren’t taking him on any more deployments and could not risk him hitting another IED. After seeing psychiatrists and getting brain scans, he was sent to the Wounded Warrior Battalion.

“That was it. It was too fast. 30 days and my med board comes back. And I had 30 days to get out. It was over too quick, I guess is what I’m saying. I planned on at least doing 20. That how I always planned it. I was always looking at all the pay charts thinking ‘I need to make this much if I want to have this much when I retire. I had a plan in my head about the Marine Corps. I never had a plan about getting out. I didn’t have anything when I came out, I guess you could say. Nothing was planned.” 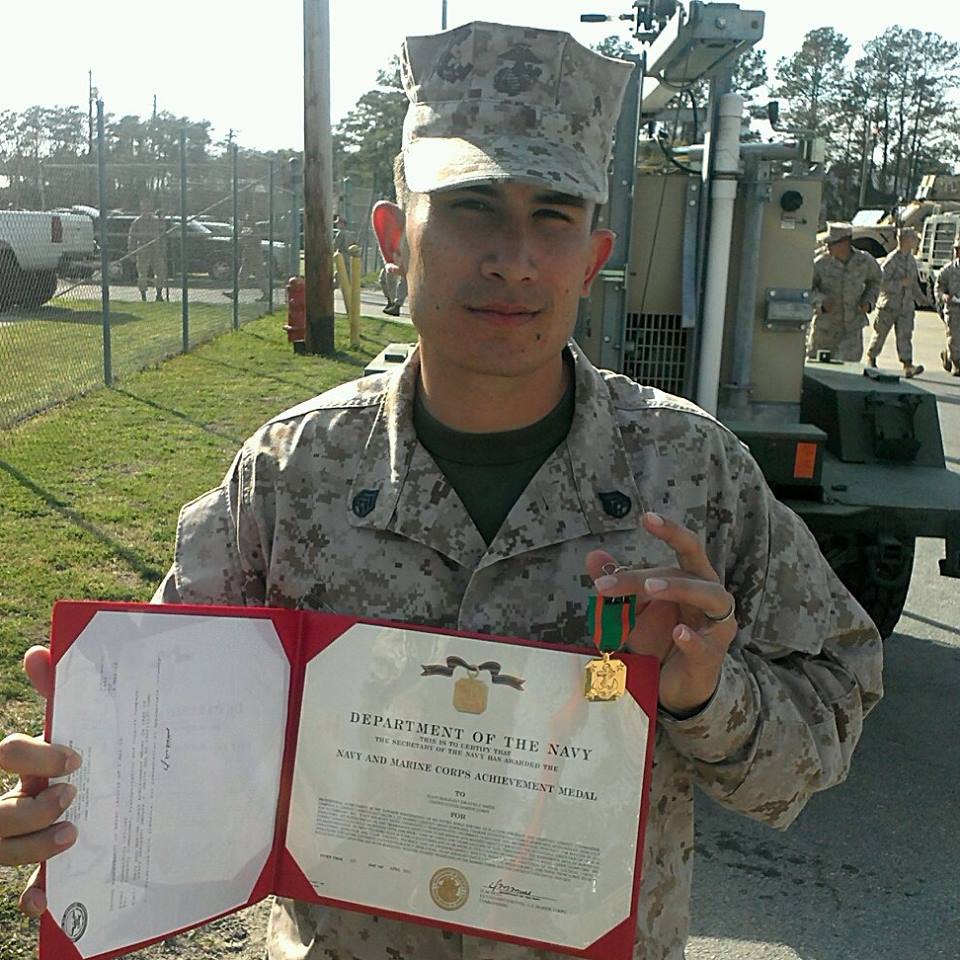 After transitioning out of the Marine Corps Dwaye went to the only opportunity he knew he had—moving to Florida and working on yachts for two months. Unfortunately, that work was hard on his knees and kept him in cramped spaces, so he moved out to Escondido, CA with his girlfriend, who he met in the Marine Corps. He credits her with helping him deal with the tough transition.

After moving to Escondido Dwayne applied to the Sheriffs department, other various jobs, and even the San Diego zoo, and the only answer he kept getting was “you are disqualified” with no explanation. After being in charge of nearly 300 people in the Military, it was a hard pill to swallow. He started going to school at the University of Phoenix working toward his Bachelor’s of Science in Business and is currently in his third year. In the meantime, though, he needed a job to help provide for his new son.

“I was looking around at construction schools and heavy equipment schools, but they were kind of far away from where I was living. I randomly popped onto the AWS website. I thought, ‘What’s welding?’ To me, anything you have to do with your hands is kind of artistic. And I’m thinking to myself, ‘I like to draw, I like to do stuff like this. I’ve taken jewelry classes.’ So I thought maybe I could do it. I don’t know if I can or not, but maybe I can. Then I’m looking at the schools AWS had on the website, and they had a school in San Diego, Workshops for Warriors.”

After applying for the program and becoming accepted, Dwayne realized that welding was calming for him and helped his memory. His girlfriend loves when he comes back from welding because she can tell his mood is different than it used to be.

“I love it. It actually clears my mind. It is almost like meditating when I come here. You go into your own zone, listen to music, get on your welding machine, lay your beads. If you have a bad day laying beads, you know tomorrow will be a better day. Yesterday, I laid a bead, it was perfect.” He added, 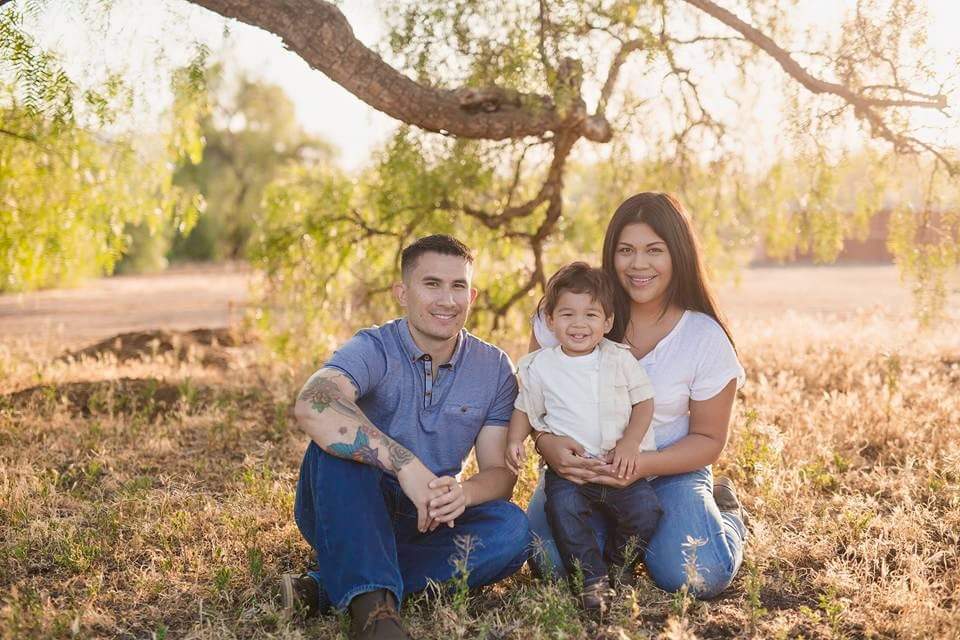 “This school, it gives me something tangible that I hold onto. I can say, ‘certified credentials’ when I leave here. And it gives me something to look forward to. I look forward to coming to weld because I know when I leave here I feel better. And I would like a job welding because the thing with welding, you see your work, instantly. So you know you messed up, you know you did bad, you know you did well. I want a job that I like to talk about, I guess I want to say. This is just fun. I enjoy it and I’m proud of it, and that’s what it really comes down to.”