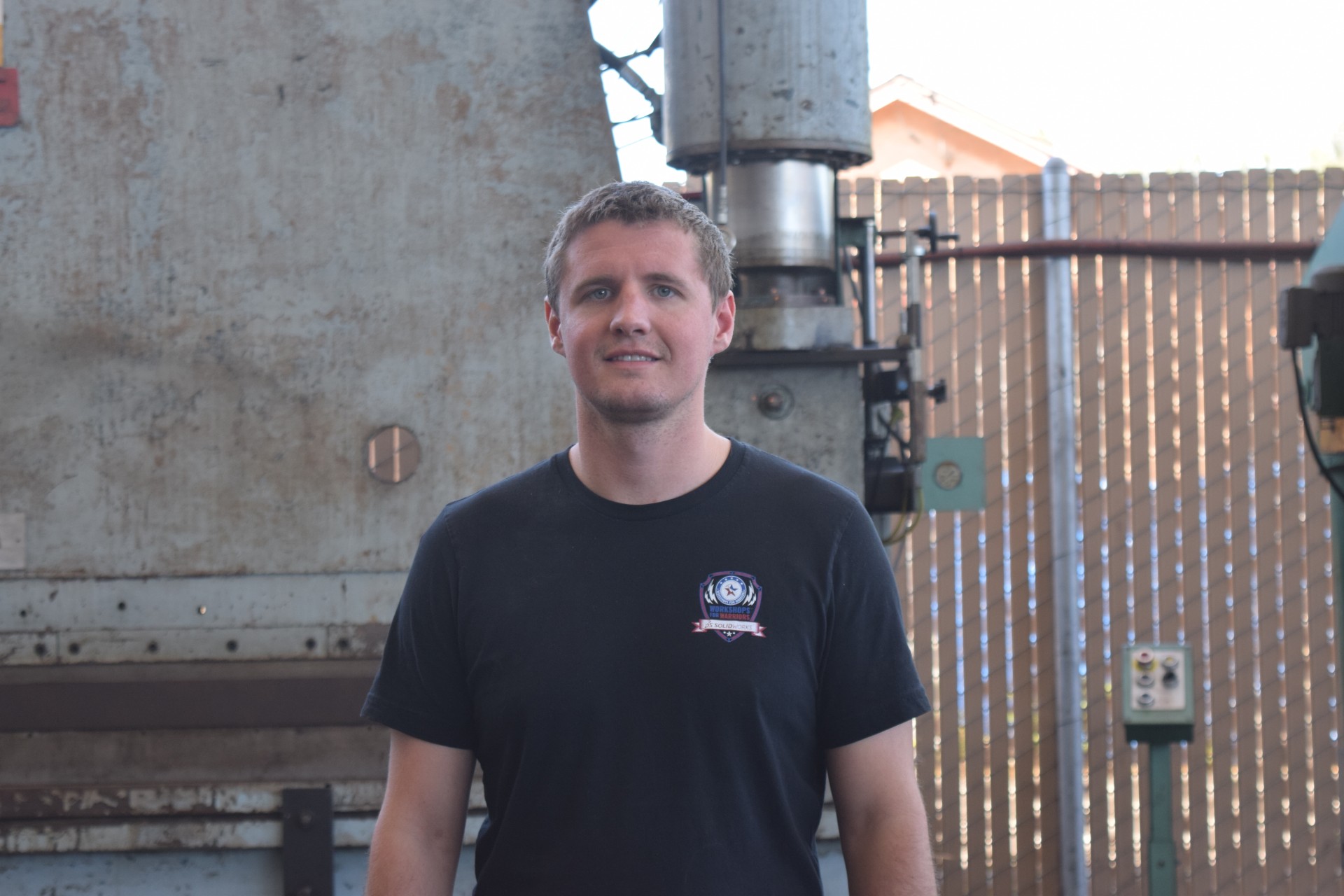 Alex enlisted in the Marine Corps when he was 19 and is one of the few veterans who really started to plan what he would do when he got out. As a diesel mechanic for the Marine Corps who loved his job, he thought that would be his future. He was going to head back to Oregon, where he grew up, go to college to get his degree and pursue a career. However, that changed once he started looking into the profession at the end of his enlistment.

“I started to look at the profession of a diesel mechanic, how much they make, what kind of opportunities were out there for them and whatnot, and it wasn’t as good as I was hoping it to be. So then I heard while I was deployed in Afghanistan about a welding program on Camp Pendleton that was free and you could do it as long as you were a certain amount of time from your EAS [End of Active Service].”

Alex then went through the Transition Readiness Seminar (TRS), which is a weeklong program that every Marine goes through to help prepare them to get out. This is where the instructor brought up Workshops for Warriors, which is also about the same time Alex realized that the program was in San Diego and not Camp Pendleton, where he had been stationed during his 4 years in the Marines.

“The guy in charge said he had links to this free welding program, so I got the information from him and then called. Then I found out it was in San Diego, so I came to orientation and loved it.”

That first semester that Alex wanted to enroll the programs were actually already full, but just in time someone dropped out and Alex was able to sign up.

‘The last two months of my enlistment I was coming to [Workshops], so that was my first semester. Then I got out of the Marine Corp and finished the semester, which is where I did stick welding and it was just phenomenal. I loved it.”

He further went on to explain that his research into a career in welding looked more promising than diesel mechanics both financially and opportunity-wise, which got him excited for the future. Welding was never something he had on his radar until coming to Workshops for Warriors.

“I just couldn’t believe this program was free. I had planned to go back to Oregon as soon as I got out because that’s where I’m from, but then I got here and did that first semester and was like, well, they’ll let me do more so I’m going to do as much as I can. This is my third semester, so I’ve been here for a year.”

Alex has completed the CNC Mill and Lathe and Shielded Metal Arc Welding and is currently in the Solidworks, Mastercam, and Gas Tungsten Arc Welding courses. He explained that he is going to do one more semester to complete every course Workshops has to offer except for one. He is trying to take full advantage of what is offered.

“I always tell people anytime I talk to them about this program and just how unbelievably amazing it is, just flat out. Nowhere in the world, literally nowhere in the world, would I have gotten this training for no money. To get all of the training that I’ve gotten here in the past year it would’ve cost me and put me in debt 30,000 dollars easily. It would have taken a lot longer too. At least four years of straight schooling to get just what I have now and nothing more.”

Because Alex has made the most of his time here and taken almost all of the courses offered, he has received training from a good handful of Workshops for Warriors instructors. He added,

“The instructors are fantastic. They do a really good job because they’re experts at this, they really are. They found the best I swear, and then the TAs are all so helpful. Here at this school, I’ve just gotten nothing but individual attention. They say ‘lets look at what you’re doing; let’s figure it out; this is how you do it,’ and because of that I’ve learned a lot.”

Alex plans to take one more semester at Workshops for Warriors and pursue a career in welding once he graduates.