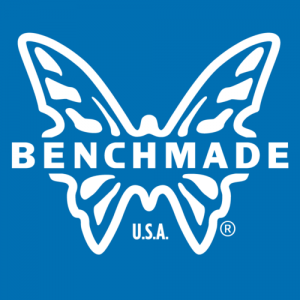 Oregon-based Benchmade Knife Company is renowned for its high-quality products that are geared towards markets such as outdoor sporting cutlery, rescue, law enforcement, martial arts and military. Its 30-year history is founded in a culture that prides itself on possessing dedicated employees, a never-quit demand for excellence and a commitment to service and innovation.

Maintaining these high standards requires that Benchmade question prospective employees not just for their technical skill sets, but also for their potential in being a contributing member of a tight-knit team.

“About half of our questions during an interview focus on the people aspects of the job,” said Aaron Bangle, Production Supervisor at Benchmade. “The process is very regimented, starting with a series of phone screenings and, if we’re interested, in-person meetings. We struggle to find the right people to hire, but won’t lower our standards just to fill a slot.”

It was in this light that Benchmade saw something in Evan Whitney. He had seen his share of high-pressure situations. Enlisting in the U.S. Marine Corps in June 2011, he deployed three times in five years, the last one being to Oman, Jordan and Djibouti. It was there that his trajectory changed.

“After being injured on my last deployment and nearly losing my leg, I decided I needed a career that would be less intense on my body,” said Whitney. “I also wanted to enter a profession that allowed me to advance and keep me interested.”

A chance encounter with a fellow service member got Whitney interested in advanced manufacturing. He called the non-profit school Workshops for Warriors on his friend’s recommendation and signed up the very next semester.

“What I was hoping to gain from the manufacturing industry proved to be true. The career makes me strive for success,” Whitney said. “My confidence came from my ability to learn hands-on by the instructors at Workshops for Warriors. With a much smaller class than a normal college or trade school, their one-on-one education is extremely valuable.”

His training soon landed him a job as a skilled CNC Mill Operator at Benchmade Knife Company.

“Evan impressed us with his maturity and poise, but also his technical skills,” said Bangle. “I would equate his proficiency level when he joined our company to that of someone who has been in the industry for a few years.” Bangle added,

“We very much see this organization and others like it as important to our success. It’s a win-win in our book. When hiring these graduates, we not only support veterans, and by extension their families, by offering them good paying manufacturing jobs, but their impact on our productivity and culture can be felt company wide. Our competitive edge is that much sharper in the process.”

For Whitney, he’s found his place in civilian life. “My wife and I are settling well here and recently bought our first home. I enjoy being employed in my home state, and look forward to furthering my education with on-the-job experiences. The opportunities are endless!”